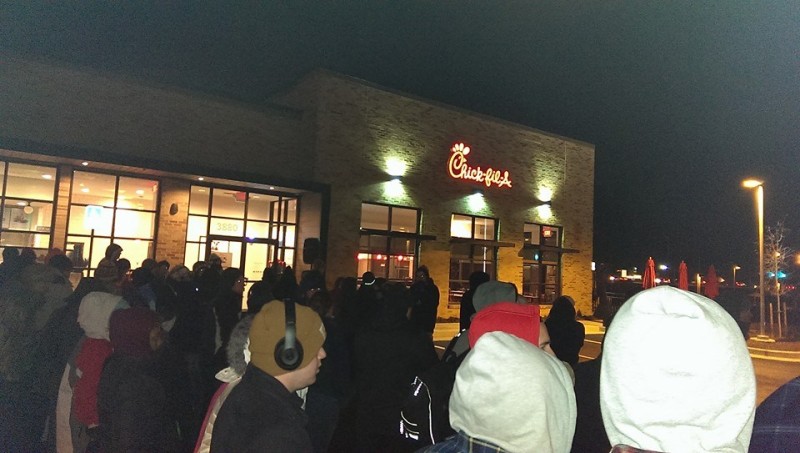 When I first saw the sign along side VA234 about the opening for a new Chick Fil A in Dumfries, I knew I wanted to be apart of the First 100. I had heard about the marketing event years ago and had always wanted to participate—but unfortunately never lived close to one that was being built. When I saw the sign, I thought, “This is my opportunity. I’m doing it.”

Fast-forward two days before the Grand Opening, my cell phone reminder chimed to alert me of the event. It was cold outside and only expected to get colder, but in the back of mind I was on the fence about going. The next day I started an active search for a partner to go with me, after looking at a few YouTube videos about the First 100 event. I had a strong desire to do it, but didn’t want to go alone. None of my friends had the courage to brave the cold. So my teenage daughter, Taighlor accepted the challenge.

With partner in hand, I ran out to get all the cold weather gear and equipment I could find. First on the list was a tent and propane heater. I’ve never been camping before—never even been in a tent. I purchased all the hand, feet and body warmers I could get my hands on and a few snacks in case we got the munchies overnight. At the last minute I picked up a cot and it turned out to be the best investment I could of made, as it was instrumental to my comfort during the 24-hour contest.

Since 150 people showed up, there was a drawing and my number was called. I became customer #28 out of 100. Since Taighlor was underage, she was not allowed to participate, but was allowed to endure the wintery conditions with me as my guest. Lucky her.

As the event kicked off at 6AM, the staff gave us the run down of the contest rules. We had the opportunity to win free Chick Fil A food for a year, under one condition: we were not allowed to leave the boundaries of the premises. Our vehicles were parked in a lot next to the Chick Fil A building, but were off limits after we unpacked and set up our campsites.

Surrounded by rookies, veterans and kids, my journalist skills kicked in and I started asking people why they were doing this. I met one couple; Matthew and Christine Robinson that actually met at a Chick Fil A First 100 event a few years earlier; started dating and eventually got married.   They are both Raving Fans, as called be Chick Fil A and the title and an official name tag is donned by those who have participated in at least 50 Grand Openings. It’s their badge of honor.

As temperatures continued to drop and the wind chill mirrored something out of the frozen tundra, everyone began pitching tents, pulling out blanks and sleeping bags. Just as we were getting comfortable, breakfast was served; along with line check. This consisted of everyone getting in numerical order and the Chick Fil A staff going one by one to ensure that everyone was still present and accounted for. If anyone had left, one the alternates would have moved up a spot on the list of 100. After line check, we all walked through the drive thru line; up to the window and received a Chicken Biscuit and warm smiles. I was able to get a short nap after breakfast and right before lunch. When it was time for lunch, we did the same drill as earlier and were given the Chicken Strip combo with waffle potato chips. After lunch we were split into groups and played games to warm up and keep motivated. 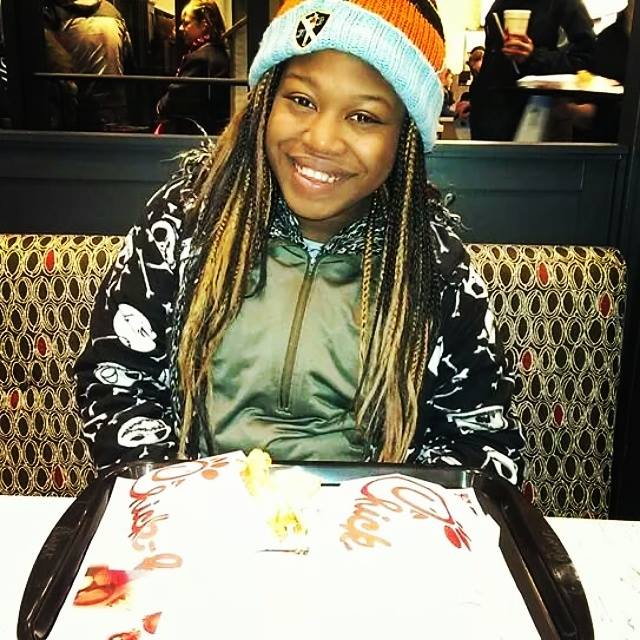 The highlight of the day came during dinnertime. We were allowed to come inside and take refuge from the bitter cold and have dinner in the restaurant for about 30 minutes. As the night marched on, most people huddled in their tents, under their heaters and blankets. The longest hours and most difficult time for me happened after midnight, until the end of the contest at 5AM. The cold was nearly unbearable during that time, but I was determined to finish what I started.  As I told Jeanette Reyes from Channel 7 News during my interview at the end of the contest, “This was something on my bucket list of things to do. I’ve stood in the cold for less before. I did the ball drop in NYC and didn’t get anything for that. I also withstood the low temps in DC during President Obama’s second inauguration. At least with this, I’d be getting something tangible out of it.”

Talking throughout the day and night with people, I learned that people were doing the event for different reasons. Carlita Reed Clark, of Woodbridge said, “I participated at the First 100 to win the free meals to share with family and friends. This is my 6th or 7th event.” At one point during a bathroom break Clark mentioned, “It’s so cold, I don’t even want to touch my…..pants!” A small group of women erupted into a relatable laugh.

Around 5AM, the staff began to wake everyone. We began tearing down our camping gear and waited until the clock stuck 6AM—that marked the official end of the contest. We were awarded Chick Fil A T-shirts, paper hats and the coveted gift card loaded with the value of 52 #1 Chick Fil A meals. There was a lot of fan fare, cheers and congratulations offered by the staff and new owner operator Natalie Yang for our huge accomplishment of surviving the sub zero temperatures to become the First 100 customers of the new restaurant. It was finally over and it was amazing how fast everyone packed up their vehicles and cleared out of there.

I must say it was a fun experience and I’m happy I did it. Would I do it again? Probably, but definitely not in any extreme weather conditions!  The new Chick Fil A in Dumfries is located at 3880 Fettler Park Drive. 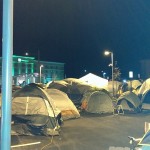 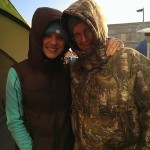 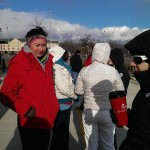 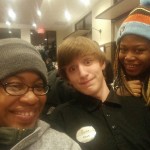 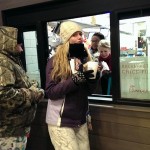 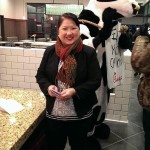 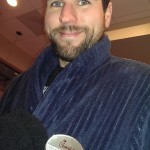 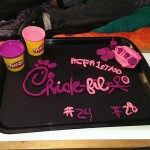 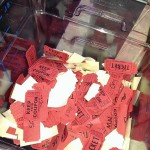 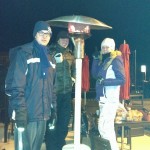 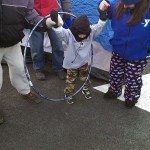 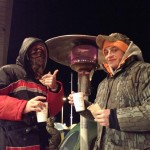 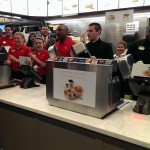