Since the successful launch of the SpaceX Dragon 1 in May, there has been a renewed spirit and curiosity about space. We’re all captivated by the wonder of our galaxy — its faraway planets, many moons and falling stars. On clear summer nights, this vast expanse seems to beckon us to journey into deep space. This summer, enjoy exploring space — from our universe, the Milky Way, to deep space objects and more. 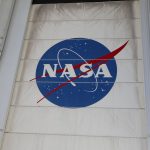 Humans have always looked up into the night sky and dreamed about space. In the latter half of the 20th century, rockets were developed that were powerful enough to overcome the force of gravity to reach orbital velocities, paving the way for space exploration to become a reality.

On Oct. 4, 1957, the Soviets launched the first artificial satellite, Sputnik 1, into space. Four years later, on April 12, 1961, Russian Lt. Yuri Gagarin became the first human to orbit Earth in Vostok 1. His flight lasted 108 minutes, and Gagarin reached an altitude of 327 kilometers (about 202 miles).

The launch of the space shuttle Columbia in April 1981, ushered in a period of reliance on the reusable shuttle for most civilian and military space missions. Twenty-four successful shuttle launches fulfilled many scientific and military requirements until Jan. 28, 1986, when just 73 seconds after liftoff, the space shuttle
Challenger exploded. The crew of seven was killed, including Christa McAuliffe, a teacher from New Hampshire who would have been the first civilian in space.

Discovery was the first of the three active space shuttles to be retired, completing its final mission on March 9, 2011; Endeavour did so on June 1. The last shuttle mission was completed with the landing of Atlantis on July 21, 2011, closing the 30-year space shuttle program.

But even before the 20th century, scientists from around the world have looked to the sky for answers, research and hope.

The Future of Space Exploration

2020 ushered in a new era of spaceflight, specifically for the United States. The historic SpaceX Dragon Crew mission successfully launched humans into orbit from the United States, the first time since 2011. NASA astronauts Bob Behnken and Doug Hurley boarded the International Space Station after being
launched from Kennedy Space Center on Merritt Island, Florida.

NASA and its partners have sent orbiters, landers and rovers, increasing our knowledge about the planet. The Curiosity Rover has gathered radiation data to protect astronauts, and the MARS 2020 Rover will study the availability of oxygen and other Martian resources. 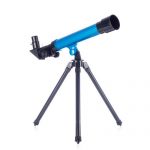 The telescope is considered one of humankind’s most important inventions. The simple device that made far away things look near gave observers a new perspective. When curious scientists pointed the spyglass toward the sky, the view of Earth and its place in the universe changed forever. A magnifying stick with lenses was invented by Hans Lippershey, a Dutch eyeglass maker, in 1608, and Galileo Galilei perfected the telescope in 1609.

Galileo was able to take the original design, which magnified objects three times to 20 and was the first to point the invention to the night sky to observe and research space. He then went on to discover many celestial objects and is known to have drawn the first detailed drawing of the moon.

You don’t have to have a telescope to enjoy the night sky, though. Your own eyes are enough, given there isn’t too much artificial light around you to interfere with your view. Binoculars are more budget-friendly and easier to operate and can also aid in your views. You can see the four Galilean Moons of Jupiter, as well as the rings around Saturn, through the lenses of binoculars.

Please note, due to COVID-19, locations listed below may have altered business hours and have new health regulations in place. Please consult their websites before visiting. 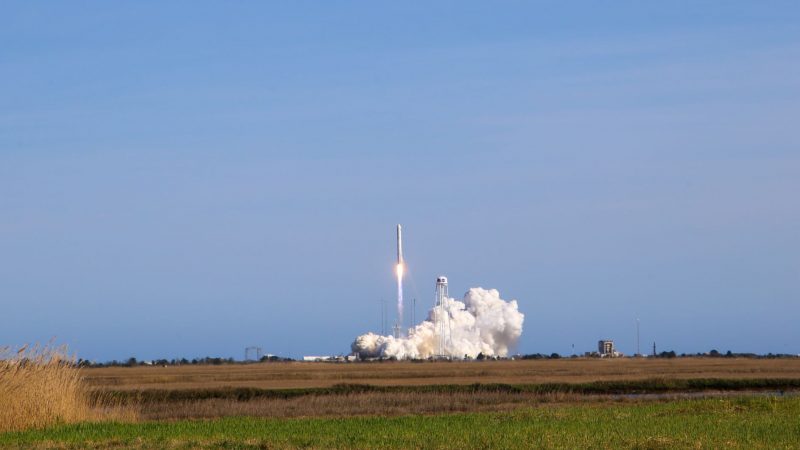 With NASA’s headquarters located in Washington, D.C., Virginia has several nearby locations leading the way in exploration and research. The Wallops Flight Facility, located on Wallops Island, is an active launch site and principal facility for the management and implementation of suborbital research programs and is managed by Goddard Space Flight Center. The Mid-Atlantic Regional Spaceport, a partnership between NASA and the Virginia Commercial Space Flight Authority, operates a multi-user spaceport at Wallops.

Langley Research Center in Hampton is NASA’s original research and technology center, recognized worldwide for its contributions to space exploration, aeronautics and science. The center is a key contributor to NASA’s mission via its systems analysis capabilities.

The observatory at George Mason University, on the roof of Research Hall at the Fairfax campus, opened in 2007, and features a 32-foot dome, plus another half-dozen telescopes. The Evenings Under the Stars program is a free community series open to the general public (ages 5 and up). These events occur on alternate Monday evenings and feature a 30-minute presentation by a prominent local scientist, a question-and-answer session, and, weather-permitting, a chance to go up on the roof for a look through the primary telescope. 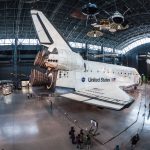 The Udvar-Hazy Center near Washington-Dulles International Airport is the companion facility to the Smithsonian’s Air and Space Museum in Washington, D.C. Its Boeing Aviation Hangar and the James S. McDonnell Space Hangar display thousands of aviation and space artifacts, including colossal aircraft, such as the Lockheed SR-71 Blackbird, a Concorde and the space shuttle Discovery. Astronomy fans will love the space science exhibits that cover everything from Earth observation to planetary exploration and from astronomy to astrophysics. The museum also has an observation tower and an IMAX theatre that often features films about astronomy.

The Irene V. Hylton Planetarium, also known as the Skydome Planetarium, is located in C.D. Hylton High School in Woodbridge. The planetarium features a variety of star shows on their 30-foot curved dome, which is currently under renovations and should re-open this summer.

Shenandoah National Park is another popular location to stargaze in Virginia. Either side of the area gives unobstructed views of the night sky with limited light pollution.

There are a variety of objects you and your family can spot in the night sky. Try your hand at searching for these objects.

Start With the Moon

The moon is the largest and brightest object in the night sky. That makes it a great place to start for family observations. Use a landmark in your yard to keep track of where and when the moon rises each evening. You do not need a telescope to see details on the moon. A set of binoculars will do nicely.

Watch how the moon crosses the sky each night. As the moon circles Earth, the sun lights different parts of the lunar body. That’s why the moon’s shape seems to change. When the moon is full, look at its pattern of light and dark patches. The dark areas are large, flat lava plains and the light areas are hilly and full of craters. This month’s full moon falls on July 5.

Reach for the Stars

The best time to see stars is on a moonless night. As soon as your family gets settled, ask everyone to close their eyes and count to 100. This will help your eyes adjust to the darkness. When you open them again, stars will seem to fill every corner of the sky. Visit in-the-sky.org for maps of constellations to spot.

The first “star” you see at night might be a planet. How can you tell? Stars twinkle, but planets give off a steady light. Like the moon, a planet does not make its own light. It reflects the light of the nearest star, the sun. Planets are smaller than stars, but they look big and bright to us because they are much closer to Earth.

Most planets will be hard to spot this summer, but Jupiter and its four largest moons, the Galilean moons, will be in the ideal position for viewing in July and August. You’ll need binoculars or a telescope to see details. Jupiter will be at opposition (its closest approach to Earth for the year) on July 14, and Saturn will be at opposition on July 21.

One of the easiest and most accessible space objects to spot is the International Space Station. The Spot the Station website (spotthestation.nasa.gov) allows users to look up what times the ISS will cross the sky over a certain area. In Prince William County, there are weekly opportunities to see the ISS as it orbits
Earth.

A shooting star is really a meteor — a bright streak of light that we see when a small rocky body from space enters Earth’s atmosphere. You can see them any night of the year, but there are two excellent opportunities this summer.

Look for the Delta Aquariids meteor shower from July 29 to 30. The flashes of light will radiate from the constellation Aquarius. The best viewing will be after midnight when the moon has set. The Perseids meteor shower will produce up to 60 meteors per hour at its peak Aug. 12 to 13. Look toward the constellation Perseus in the northeast after midnight. The Perseids are particles released from comet 109P/Swift-Tuttle during its numerous returns to the inner solar system.

There are many other celestial events that take place throughout the year. Visit Sky and Telescope magazine’s website at skyandtelescope.org and click on This Week’s Sky at a Glance to learn more about upcoming celestial events. Download the Google Sky Map app to help locate celestial objects from your
location.

Amanda Baity is Prince William Living’s Director of Operations and Photo Editor. She studied aerospace engineering and astrobiology in college and is part of NASA’s social team. In 2019, she took part in Wallops Flight Facility’s launch of the Northrop Grumman CRS-11 cargo rocket. She can be reached at abaity@princewilliamliving.com.