Leadership Prince William is a local 501(c) 3 organization whose alums include CEOs, entrepreneurs, elected officials, executives, veterans, and dozens of community leaders who shape the communities of Prince William County and the Cities of Manassas and Manassas Park.

The organization’s goal is to improve our region through collaborative leadership and by engaging and inspiring individuals, organizations, and alums. The centerpiece of LPW is the 10-month Signature Program. This program began in 2007 to connect community leaders and resources to help them become more
effective in their professional roles and serve the community through connection and leadership. 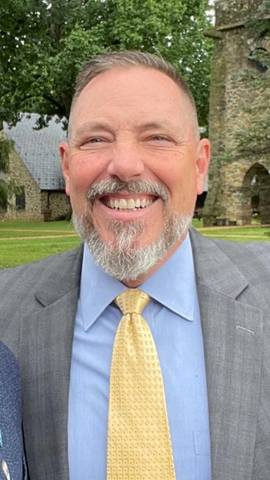 Chairmanship usually changes hands in June of each year (with a second-year option, at the discretion of the board and the chair). The incoming 2022-23 Chairman was slated to be Charles Gilliam, an LPW 2009 graduate looking forward to taking on the challenge. But as anyone in a leadership role will tell you, change is one thing leaders can always count on.

Change is the Only Constant

Andrea Money (class of 2015), who successfully served as Executive Director since January 2018, announced her departure from Leadership Prince William, meaning the person to accept the position had some pretty big shoes to fill.

Gilliam was simultaneously at a professional crossroads, creating a once-in-a-lifetime opportunity. Gilliam owned Okra’s, a premiere Cajun restaurant in Manassas. A cornerstone in our community for 23 years, he decided to close the restaurant in December 2021.

“Okra’s had given more to me than I could have ever expected. After closing, I committed to finding something that would allow me to be part of something bigger than myself,” said Gilliam. “Leadership Prince William has been a big part of my life nearly 15 years because it changes lives for the better. So when it was suggested that I take on the Executive Director role, it became clear what I should do. I’m excited for the future of LPW and my part in it.” 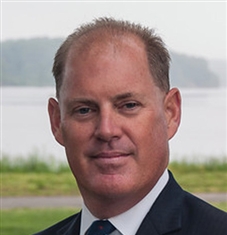 For Gilliam to move into the Executive Director role, the position of Chairman of the Board needed to be filled. For that, LPW leadership looked to Past Chair Bennett Whitlock. Whitlock served as chairman from 2011-2012 and was happy to step up when called upon.

As an active and engaged Alumni of Leadership Prince William, Whitlock knew about the transition and change happening and said, “I was thrilled to have the opportunity to throw my hat back in the ring and lead this fabulous organization.”

Vision for the Future

Leadership Prince William is currently working with the sixteenth cohort of the signature program and has nearly 600 alums.

“Graduates of our Signature Program are peppered throughout our community in businesses, elected offices, education, government, first responders, and perhaps most importantly, the nonprofit sector,” said Gilliam. “Our alumni are leading the charge to make Prince William County, Manassas, and Manassas Park a better place to live, work, and play, now and into the future.”

When asked what his vision was for Leadership Prince William, Gilliam said, “Reignite the spark carried by every alum by giving them the oxygen needed to fan their passions for our community. We will always face challenges, as is expected in a growing and vibrant society; however, I am motivated and inspired by everyone who commits to our rigorous program. Simply because of a desire to find the best version of themselves for their immediate family and our collective family.”

The goal is to create a curiosity about Leadership Prince William that stirs our leaders, both present and future, to ask what we can do to assist with their leadership journey.

Rebecca Barnes is the Publisher of Prince William Living. Reach her at rbarnes@princewilliamliving.com.