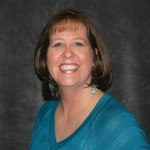 There she stood, a veritable fashion princess. At some point in life every little girl yearns to be a fashion icon—to be able to mix the designs and be considered the avant-garde of the elementary contingent—and she had clearly reached this childhood goal. She stood in line in front of me with confidence. She looked around, striking a pose that she must have lifted from studying Entertainment Tonight. She lacked only a paparazzi following.

The cheetah-spotted black and orange tights, or leggings, seemed fuzzy. I was itching to know how soft they were but refrained from leaning over and stroking her legs. Her T-shirt reached just below her waist; it was black with a glittery, bedazzled kitten face that added to the continuity of the feline motif. Her black boots covered her ankles with faux fur, and the attached pom-poms bounced with every  shuffle. The girl’s long ponytail was held in place with ribbon shaped like a flower. I wanted to see how that worked too, as I only have boys and they do not use hair accessories. The whole ensemble was quite cute and made a statement about her love for cats of all sizes.

There was only one problem.

Ironically, behind her stood a very cute little  girl, who appeared to be about eight or 10 years old (or maybe 27—I couldn’t be sure).  Although it was only 30 degrees outside and  the grass was crunchy with frost, she wore a  light blue dress that ended several inches above her knees. Her two-and-a-half-inch heels sparkled under the fluorescent lights of the convenience store. I am sure Dorothy would have preferred those fine shoes compared to the ones she stole from a flattened witch. Her legs were not covered with stockings or tights as she waited to buy her Twizzlers and teeth-  whitening  gum.

I was bored. The line was too long and I was simply forced to stare at these two because there was nothing else to do.

I am aware that no one ever wants their age accurately identified. Teens want to be viewed as older and more mature so that people  assume they are capable of making good  choices and being independent. My 10-year- old recently informed me that I no longer need remind him of chores or responsibilities  because he is now a Boy Scout, and no longer has the short attention span common with Cub Scouts. Apparently, this maturity shift was so massive that it actually registered on the Richter scale—although this makes me wonder how he perceives the smell emanating from his bathroom.

Just a few decades later, smothered with the latest anti-aging creams, a middle-aged woman silently hopes to be carded buying a glass of wine at a local restaurant while dining with coworkers. This is irrefutable proof that she has been able to fight the ravages of time and look young enough to have a curfew, even as a babysitter watches her three toddlers at home. Meanwhile, her five friends are convinced that the query for her ID was a result of poor lighting, or a dare imposed by another waiter, but will later rush home and ask their husbands if they look older than their dear, but haggard, friend.

To heck with Einstein; men—but mostly women—everywhere have theories about time and how to alter it, or maybe change the perception of it. Some of the theories have to do with clothes. (At least that is what I determined while standing in the endless line on that cold winter day.) To some people, wearing inappropriate clothing can physically accelerate or decelerate the passage and effects of time.

I have friends on all points of the timeline and most have a conservative, non-daring wardrobe. Few of my friends have enough energy to try to trick anyone, including themselves, by wearing fashionably younger, tight outfits. Intermittently, we gather together for a meal and laughs. We wear make-up and do our hair, try to wear unstained clothes and compliment each other endlessly. We have discovered that denial, placations, hugs and homage from our friends are really all we need until we meet again.

Although I understand nothing gives us immortality and we are all traveling toward a withered end—some slowly, some at the speed of light—I realize not everyone has given up. I know that there are so many ways to disguise who you are or who you want to be…and clothing is one simple, scary way.

I understand all that, but listen to me (especially you, Cat Lady): for everyone’s safety and eyesight, please, please consult a full-length mirror before you step out your front door.