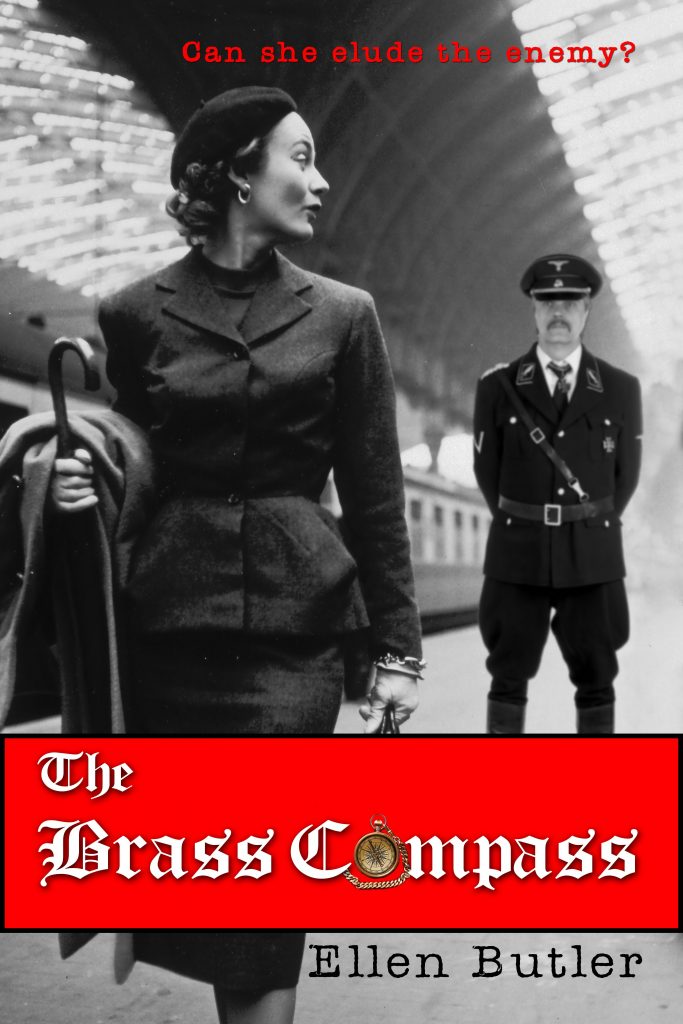 Ellen Butler is a local, award-winning author whose grandfather was a WWII cryptographer. She is also a member of The OSS Society. On July 18, 2017, Butler will be presenting A Celebration of the OSS 75th Anniversary ~ Highlighting Women’s Contributions, Weapons, and Training at the Freedom Museum in Manassas.

Sabotage. Seduction. Couture dresses with hidden pockets. All were techniques and tools used by female spies recruited by the Office of Secret Services (OSS) during World War II. These women were critical to Allied success and audiences have been thrilled by their exploits in novels and on the screen, yet their very real accomplishments have been ignored for generations.

This year the OSS, which was the precursor to the CIA, will celebrate its 75th anniversary. And thanks to the OSS Congressional Gold Medal Act, its agents will finally get the recognition they deserve. Just in time for that celebration The Brass Compass, a book set during WWII, will place one female spy in the spotlight.

The novel reveals the extreme dangers agents faced when Lily St. James, the heroine of The Brass Compass, parachutes behind enemy lines, destroys rail lines, and infiltrates a high-ranking Nazi household. The Brass Compass is the latest story to celebrate the uncompromising intelligence and composure displayed by real operatives. From Greta Garbo in the film “Mata Hari” to Kristin Hannah’s The Nightingale, audiences are riveted by the tough-and-tender ways women approach espionage. These fictions reflect reality.

The surprise attack on Pearl Harbor spurred President Franklin D. Roosevelt to create one overarching espionage office, formalizing it on June 13, 1942. Scrambling to cobble together an effective system, the OSS recruited without prejudice. Race, religion, gender, or formal education had no impact on ability. Like St. James, often the people who became field agents were bilingual having spent time living abroad. According to CIA historian Linda McCarthy, the war department knew that women excelled at infiltrating enemy networks and organizing resistance movements. In The Brass Compass, St. James calls on her training as well as her wits to fulfill a number of these roles, and like many of the agents who parachuted behind enemy lines in France, her life expectancy in the field is about six weeks.

Fortunately, OSS spies had a specially designed arsenal. They used single-shot Liberator pistols, button compasses, and escape maps printed on silk. Espionage equipment tailored for female spies included secret pockets, codes embedded in compact mirrors, and suicide pills disguised in jewelry. St. James makes use of false documents, hidden compartments and a tiny matchbox style camera invented by the OSS. Even with this specialized equipment, she must be clever or the tiniest slip might prove fatal.

By allowing women to utilize their natural talents and their specialized training, the OSS preserved freedom worldwide. On the 75th anniversary of the OSS, the program that spawned the CIA, the Navy Seals and the Special Forces will be lauded for the heroism and valor of its employees.