First New Bridge of the Project to Open Next Month 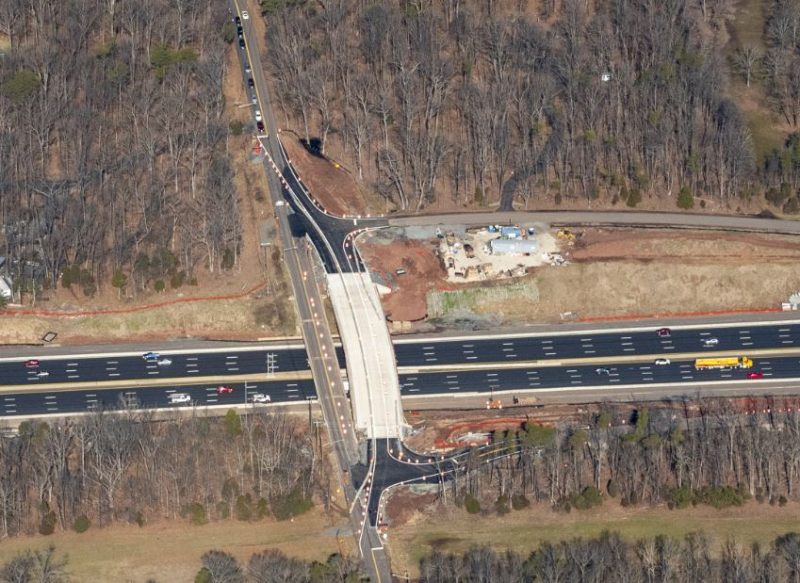 The new Bull Run Drive bridge over I-66 will fully open in March and the old one will be demolished.

Final touches are being made to the new Bull Run Drive bridge over I-66 in western Fairfax County. The new overpass is scheduled to be fully open to traffic in March. Once all traffic is transitioned to the new bridge, the old bridge will be demolished to allow space for new highway lanes underneath.
This will be the first of many new bridges to open as part of the Transform 66 Outside the Beltway Project,. Sixty-two new overpasses and ramps will be built between Gainesville and I-495. Thirty-four new bridges and ramps are currently under construction at Route 234 Business (Sudley Road), Compton Road, Route 28, Poplar Tree Road, Route 50, Waples Mill Road, Route 123, Vaden Drive, Gallows Road, and I-495.

Many existing bridges will be demolished as they are modified or replaced. Of note:

Construction at the Route 123 Interchange includes demolishing
the ramp from I-66 West to Route 123 South. 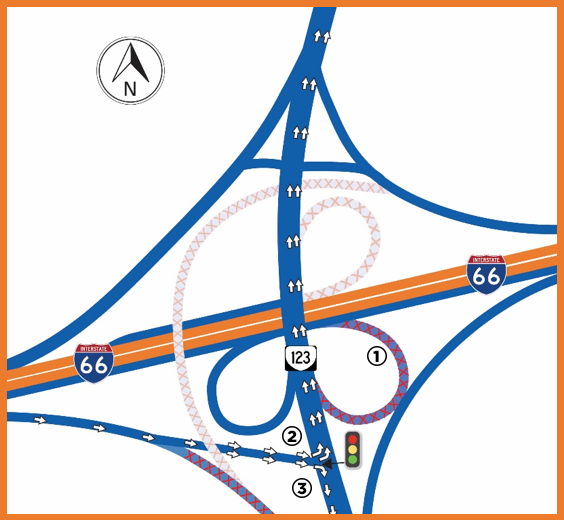 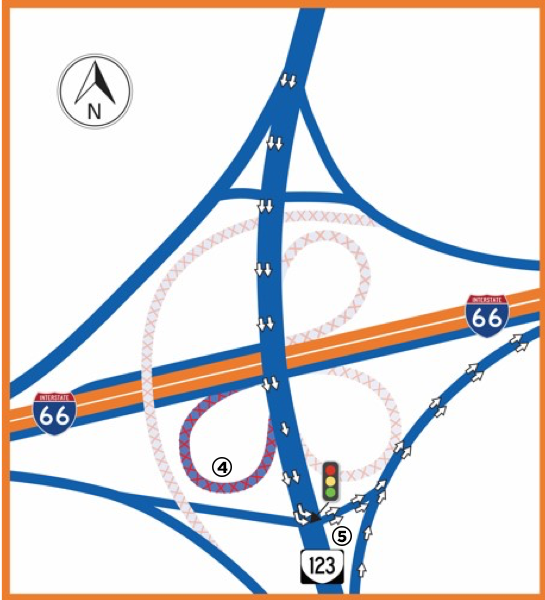 Beginning mid-March, drivers on Route 123 South heading to I-66 East will
begin using two left-turn lanes at a temporary traffic signal and a new ramp.

The old loop ramps from I-66 East to Route 123 North and from Route 123 South to I-66 East will be demolished to allow construction of Express Lanes ramps and a shared-use path at the redesigned Route 123 Interchange.

Additional construction activities this past month include:

March 2 through 6 is Telework Week in Virginia

March 2 through 6 is being recognized as Telework Week in Virginia. For workers and businesses, telework promotes performance, encourages work-life balance, and improves morale, retention, and productivity of employees. For our region, it helps alleviate traffic congestion, reduces fuel consumption, and improves air quality.
The Virginia Department of Rail and Public Transportation’s Telework!VA program, in partnership with VDOT, provides financial incentives and free in-person consultations for new or expanded telework programs to businesses in the immediate areas affected by the Transform 66 Outside the Beltway Project. Learn more about the Telework!VA program and about other programs to assist commuters during project construction.
Share. Twitter Facebook Google+ Pinterest LinkedIn Tumblr Email
Previous ArticleVolunteer Opportunities in Greater Prince William
Next Article I-66 Lane Closures and Traffic Changes, Week of March 1