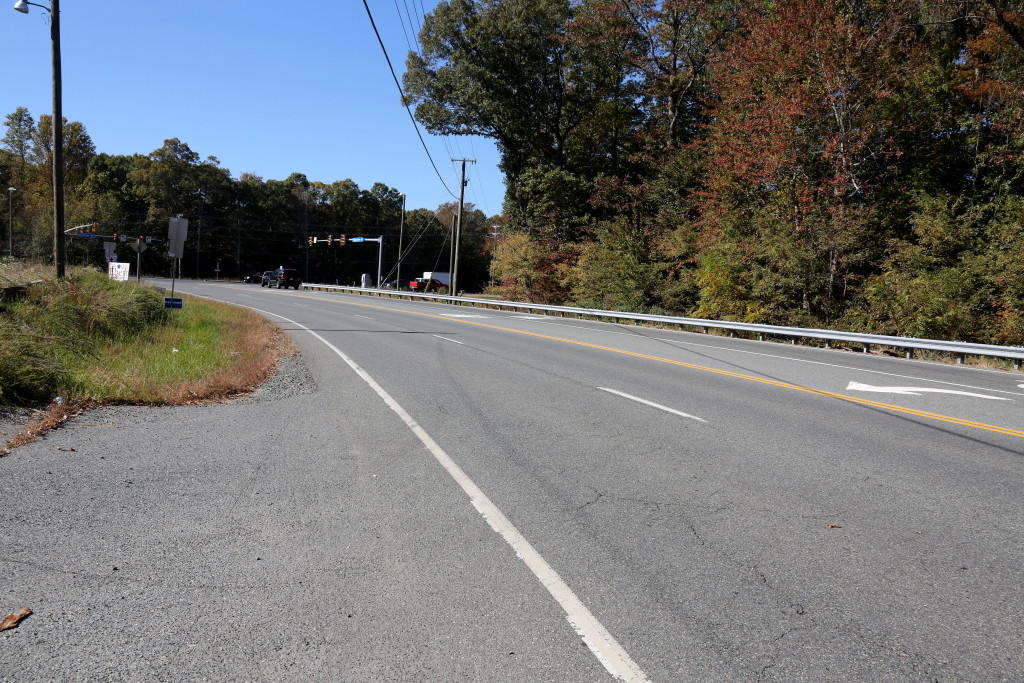 People who use Minnieville Road between Route 234 and Spriggs Road will be seeing utility workers along the route preparing for the project that will widen Minnieville Road from two to four lanes.
Rich Windish, the Prince William County construction manager overseeing the $30-million project, said the improvements will ease traffic congestion for drivers with the widening and the new traffic signals and traffic patterns at Route 234. “Because it’s going from two lanes to four, it’s going handle a larger volume of traffic. The level of service will be increased by the dual lanes in each direction.”
The project, which is part of the voter-approved 2006 Bond Referendum, is scheduled to be complete in November 2018, Windish said. Funding for the project came from the Northern Virginia Transportation Authority, the Virginia Department of Transportation and the county.
At the same time Minnieville Road is being widened, work will also begin to realign and improve Courage Drive, which parallels Minnieville Road between Howison Park and January Court.  This project is the last portion of Minnieville Road to be widened, Windish said.
Windish said the road will remain open during most of the construction, although a detour might be necessary when the project crosses Powell’s Creek near Alps Drive. “For the most part, we’re setting up a couple of temporary road situations. There may be a point where a detour has to happen when we do the culvert crossing for the bridge, but generally we’re going to try to keep the road open as much as possible to full traffic.”
To find out more information about road projects in the county, visit pwcgov.org/transportation.
Share. Twitter Facebook Google+ Pinterest LinkedIn Tumblr Email
Previous ArticleRep. Comstock Statement on Obama Administration’s Iran Ransom Payment
Next Article Contract Solutions Inc. Hosts Meeting of SBA 8(a)