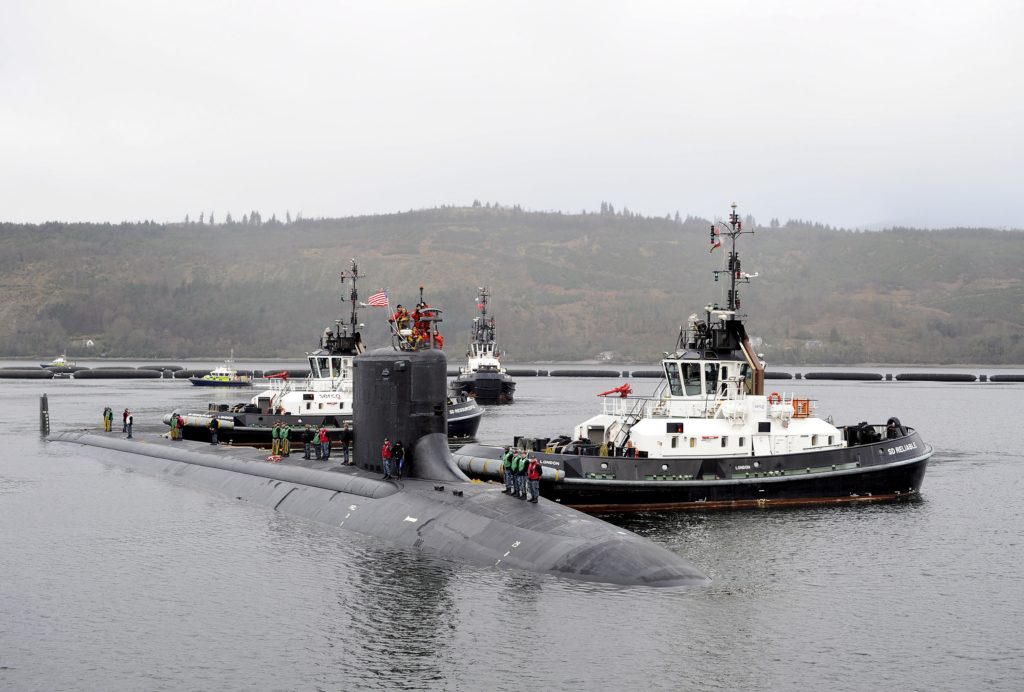 A new commanding officer took charge of the Virginia-class, fast-attack submarine, USS Virginia (SSN 774) during a change of command ceremony held aboard the submarine in its home port, Naval Submarine Base New London on September 2.

Director, Maritime Headquarters, U.S. Pacific Fleet, Rear Adm. Michael Holland served as the ceremony’s guest speaker and said that the change of command ceremony wasn’t about any individual on the stage, but the team it takes for Virginia to accomplish her mission. Today is about the sacrifices the families have made, all the organizations that have enabled Virginia to do her job and most definitely about Virginia’s crew.

Under Antcliff’s leadership, Virginia and her crew completed a first-in-class long-maintenance period as well as two scheduled deployments and one surge deployment.

During Antcliff’s speech he didn’t speak of his own accomplishments but thanked his family for the support that allowed him to chase his dreams, thanked those leaders present for their contributions to his career and complimented his crew.

“The crew of this ship is a team, a family. We live and work together keeping this complex warship at sea. The challenges we face, seemingly insurmountable at times, are met with tenacity and teamwork,” said Antcliff. “The job of the captain is to mentor, train and lead this amazing team of hardworking professionals. These men and women, entrusted to him by the Navy are our nation’s greatest resource.”

As his speech drew to a close Antcliff said, “Jeff, I am envious of you. You are at the beginning of this great, challenging adventure, while I am here at the end. I know that Virginia is in great hands and I proudly give you the best crew on the waterfront. They are now yours to mentor, train and lead. Enjoy the ride, because the end will sneak up on you, no matter how long your tour.”

After orders were read, Anderson took the podium and thanked commanding officers, fellow Sailors and patriots he served with in the past as well as his immediate and extended family.

Anderson closed his speech by addressing his new crew. “To the crew of the USS Virginia, I stand here honored to be your commanding officer and ready to serve you and our great nation. May God bless the Virginia and all who sail on her.”