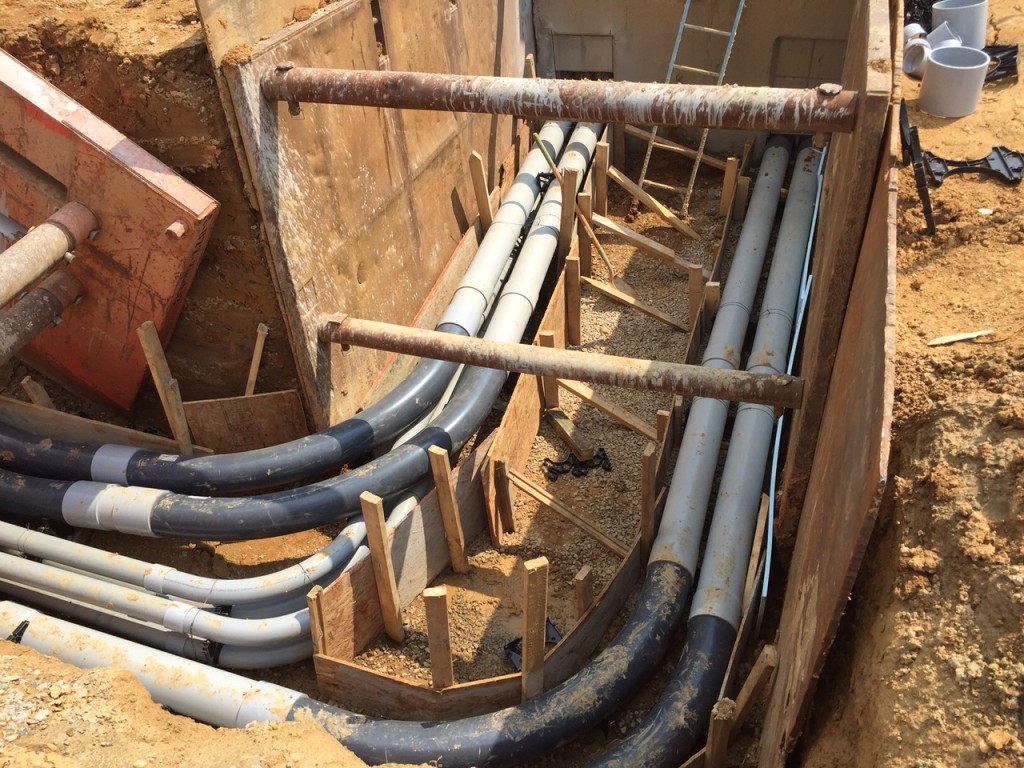 The widening project along Route 1 in Woodbridge, Va. is poised for another milestone, with demolition of the long-closed Inns of Virginia on Annapolis Way scheduled for early next week. Demolition is taking place in conjunction with a $12 million duct bank construction Virginia Department of Transportation project that places utilities underground, and ultimately sets the stage for both widening this section of Route 1 to six lanes and building an overpass that will connect Route 123 and Route 1.

When all three segments of the widening project are completed in 2021, Route 1 will be six lanes from Annapolis Way to Neabsco Mills Road. In addition to the expanded lanes, the roadway will have pedestrian and bike paths, crosswalks at each intersection, countdown timer stoplights and landscaped medians.

Two other blighted buildings which have caused the community consternation, the vacant EconoLodge and BP Gas Station, will come down later this year as part of a $56 million contract to widen Route 1. The Next Car building  and
a portion of Station Plaza–part of the parking lot and the vacant buildings nearest Route 1–are also slated for demolition.

“The commuter and pedestrian improvements along Route 1 are a central component of the vision of a New Woodbridge and are part of the more than $1 billion in public and private investment happening in the Woodbridge
District,” said Supervisor Principi. “The progress we are making will result in residents spending less time in traffic and a safer, more walkable community. Additionally, this revitalization makes Woodbridge more attractive to businesses seeking to expand or relocate, paving the way for more high-paying jobs and smart development.”

The Prince William Board of County Supervisors has approved expanding the remainder of Route 1 to its border with Stafford County, as funding becomes available. PWL Additionally, construction of the $111.4 million Route 1/Route
123 overpass is considered a priority by county officials, who continue working to secure funding. Right-of-way acquisitions for the overpass are complete, as are design and engineering plans.

VDOT is partnering with Supervisor Principi in late April to host a “Pardon Our Dust” meeting that will offer both a presentation on the widening project and the opportunity to speak one-on-one with VDOT representatives.
Details will be made available at NewWoodbridge.org.  More information can also be found at
VirginiaDOT.org/projects/northernvirginia/route_1_widening.asp.