Virginia National Ballet presents the 9th Annual performances of The Nutcracker on Friday, Nov. 26, 2021, at 2:00 and 6:30 p.m., at the Hylton Performing Arts Center in Manassas.

VNB’s Nutcracker is the first of the Holiday Season in the Northern Virginia region. This a highly anticipated and popular event includes beautiful scenery, costumes, choreography (by Artistic Director Rafik Hegab), and dancing on stage at the beautiful Hylton Performing Arts Center!

The production features the outstanding professional company dancers of Virginia National Ballet, supported by the Junior Company (10 of the highest-level students from VNB’s School) as well as students from all ages from VNB.

VNB is thrilled to be performing The Nutcracker again, after last year’s hiatus due to COVID.

The Role of Clara

Paula Shaiel Lemus is a 10th grader at Trinity Christian School where she is an Honor Roll student. She is a clarinet and piano player, and she also enjoys singing at the worship band at her church. She has been a student at Virginia National Ballet since it opened. This is her 8th Nutcracker with VNB, and she has performed many roles including Little Nutcracker, Chinese, Trepak, Little Snowflakes and more. Paula is a dedicated student who travels 1.5 hours each day back and forth from Burke to Manassas for her dance classes at VNB. Next March Paula will be participating in the Youth America Grand Prix as a soloist and as a part of a VNB Ensemble.

Audrey Updegraff is 13 years old and in the 8th grade at Gainesville Middle School. She started ballet rather late at the age of 11, but is immensely talented and has reached a very high level in a short period of time. She’s lived in six countries and loves dancing, her dog, and spending time with friends!

VNB has two graduating seniors who are dancing solo roles in this production: Camila Griggs and Zoe Frantz. 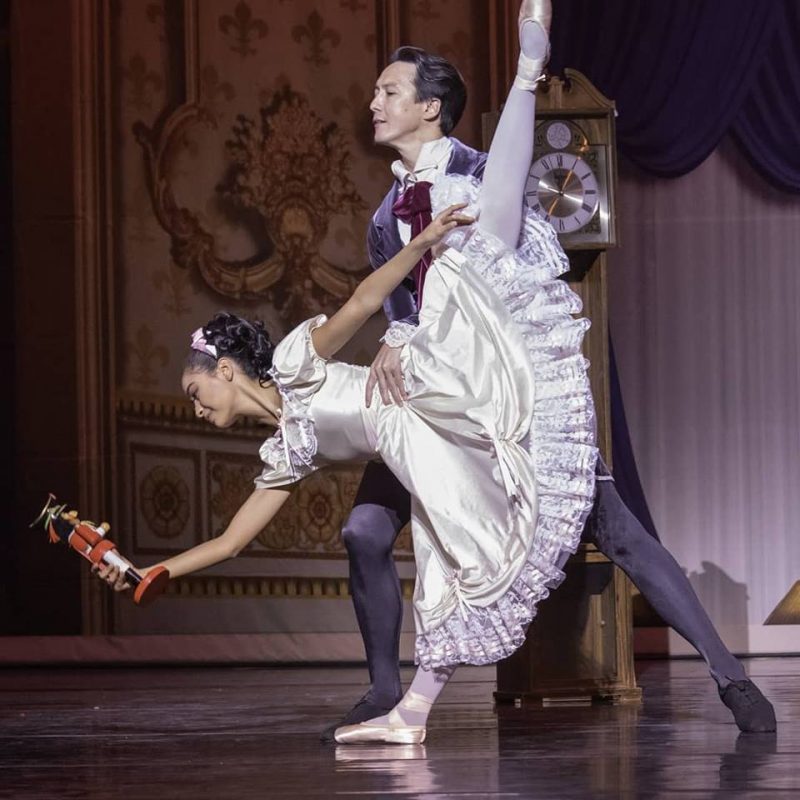 Camila Griggs is 17 years old and a senior at Battlefield High School. She has been dancing at Virginia National Ballet since it opened. She has danced the role of Clara three times, Arabian soloist, Marzipan, and virtually every student role in the Nutcracker, as well as many roles in other VNB productions and student recitals. Camila is a beautiful dancer, and plans to go to college for pre-med. She’s applying to American University, UVA, William & Mary, and JMU. Her two younger sisters have also been dancing at VNB since it opened.

Zoe Frantz is a senior at Patriot High School, and she has been studying at Virginia National Ballet for six years. Previously she has danced the roles of Clara, Arabian Soloist, Marzipan Soloist, Parents, Snowflakes, and Flowers in the Nutcracker. In the upcoming performances, she will be performing the Snow Queen and Flowers Soloist. Zoe was given the honor of being selected to participate at the Governor’s School for the Arts this past summer. She is immensely talented and is competing in the Youth America Grand Prix competition this spring. She wants to be a professional dancer after she graduates, and she is applying to the North Carolina School for the Arts and Juilliard in order to pursue her dream.

Dancing the principal roles of Sugar Plum Fairy and the Cavalier are Saaya Pikula Mason and Owdrin Kaew. 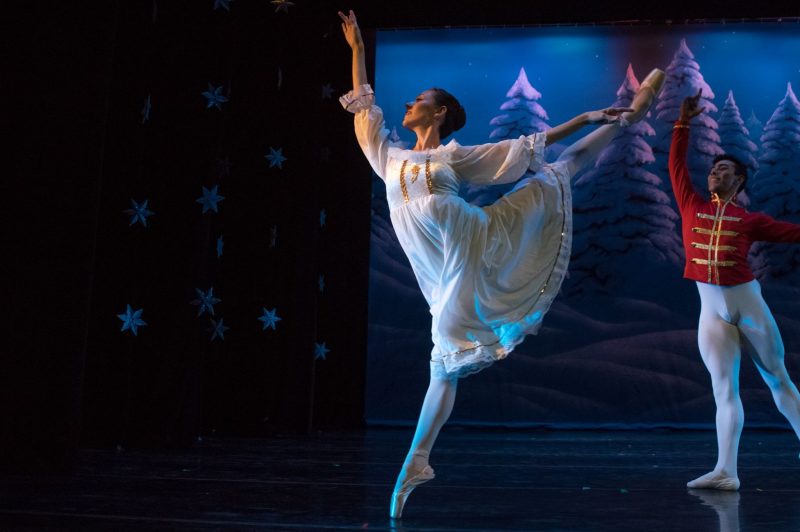 Saaya Pikula Mason joined Virginia National Ballet in 2016 as a Principal Dancer and is now in her sixth season with the company. She has performed Principal roles in all VNB productions and has debuted many world premiere roles including the title roles of Cinderella, Carmen, Snow White, and Aida, the lead role in La Boheme, Bohemian Rhapsody, Life in the Fast Lane, The Nutcracker, Bolero, and more.

Other company members performing include Quinn Fieldstone of Canada, Minghong Xu of China, Jose Ailton of Brazil, and Americans Caroline Beard, Jennifer Dzuranin, Sophia Dodd, Sophie Paczak, and Brianna McMahon. Cristian Konig is a guest dancer who will be performing the roles of Drosselmeyer and the male Marzipan Soloist. The other Junior Company performs dancing include:

Tickets can be purchased at the Hylton Box Office or online at hylton.calendar.gmu.edu/virginia-national-ballet-the-nutcracker/