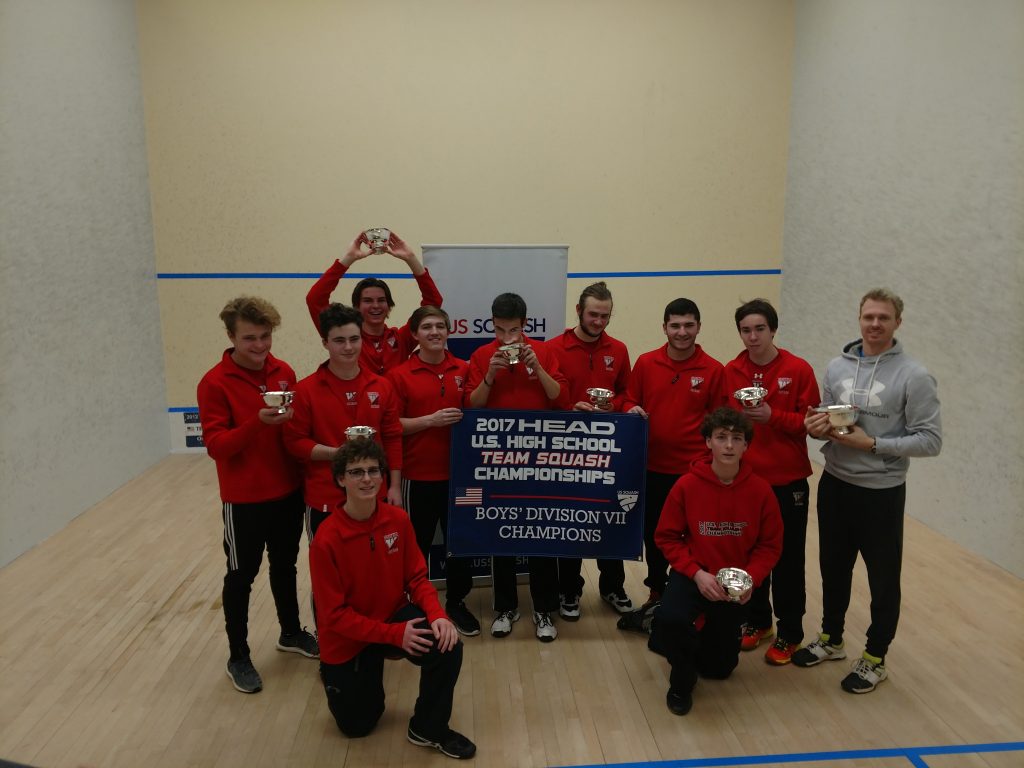 This season the Wakefield Varsity Squash team traveled the second weekend of February to compete in the HEAD 2017 U.S. High School Team Squash Championships at Choate Rosemary Hall in Wallingford, Connecticut, and returned as national champions in their division.  For only having courts on campus for a few months, the fact that they were competitive, let alone victorious was incredible.  The team attributes their success to Coach Anthony Graham.  Andrew Sparks, ‘17 states, “Whether it was through the early morning practices or when we would play 21 to close a practice, Coach Graham continually pushed us to give as much effort as we could and to picture how our rallies would play out.  It says a lot about this team, how much we improved in a matter of months, and I think we can all look back on this season with a sense of pride and accomplishment.”

The Fighting Owls ranked second of sixteen teams at the Championships in Connecticut, and went on to win the Division VII National Championship versus Canisius High School Blue, 5-2. After securing a first round bye, the Fighting Owls faced the Nichols School of Buffalo, New York. Wins by Peter Ohrstrom ‘18, Henry Ohrstrom ‘18, James Reid ‘18, and Bennett Wise ‘17, sealed the deal when Wakefield won in a close fought match of 4-3. The next test in the semi-finals was Wakefield versus Lancaster Country Day School of Lancaster, Pennsylvania. The Owls won by a slim margin of 4-3. Team Captain, Connor Mulvey ‘17, walked away with a 3-0 win which pushed Wakefield through to the Division VII National Championship Match. Mackie Rich, ‘18 notes, “A lot of seniors who joined the team this year hadn’t ever played before but were very focused and practiced a lot. Having squash courts on campus, and two more courts than normal, meant more practice time, and that made all the difference.” 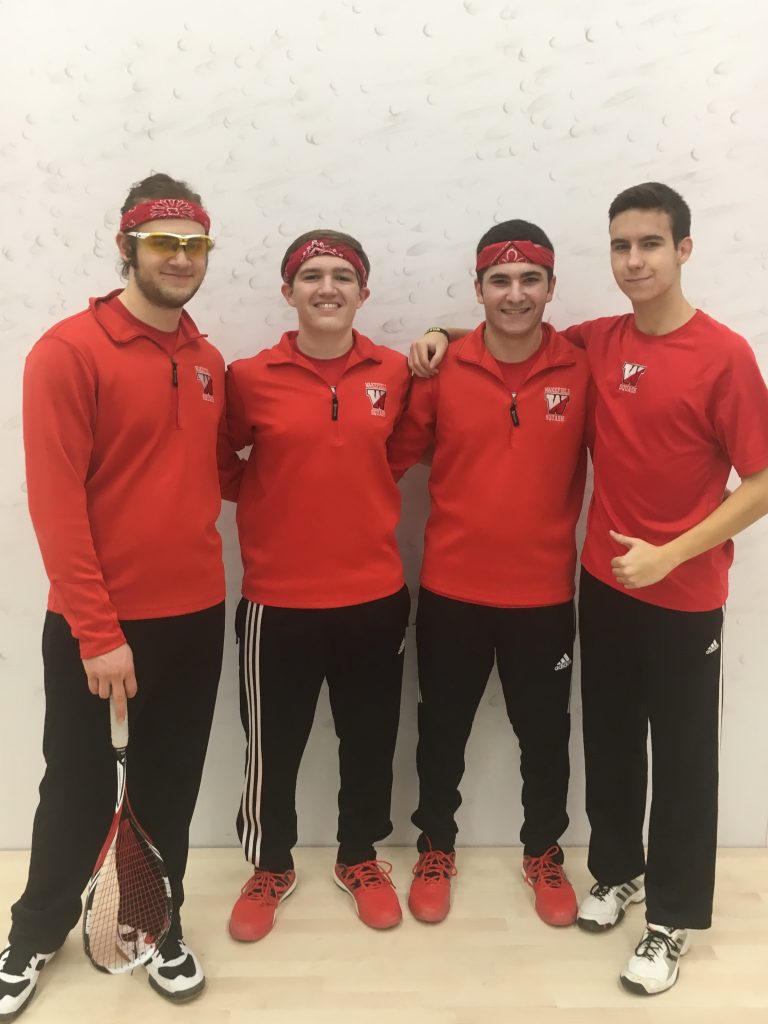 In the final Division VII Championship match, Dani De Andres Recarte started the team off well by overcoming a two game deficit to win 3-2. The Wakefield Owls’ lead was widened when Henry Ohrstrom ‘18 defeated his opponent 3-2. After the third and fourth matches of the Championship, the Owls held a 3-1 lead and required only one more victory to secure Wakefield School’s first ever National Championship. After losing the first game 8-11, Wise rallied back to win the next 3 games, resulting in Wakefield’s first ever National Squash Championship. The team would like to “thank those who made the construction of the squash courts possible.  They were an integral part of the team’s success this year, and will serve to benefit the program in the years to come.  Without your generosity, this season would have ended a lot differently.  Thank you to Coach Graham for leading us again this year and helping us develop as players.”