Hundreds of Walks Being Held Nationwide Through December 2013 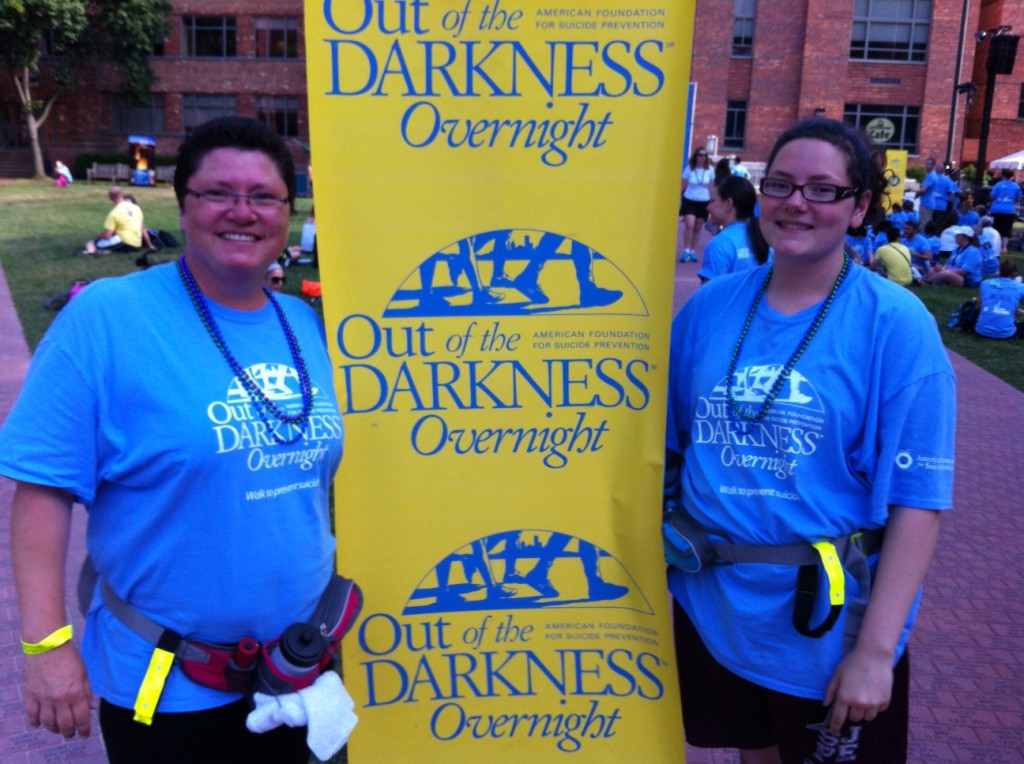 (Manassas, VA ) – More than 100 people from throughout Prince William County are expected to participate in the upcoming Out of the Darkness Community Walk on October 13, 2013.  The fundraising walk supports the American Foundation for Suicide Prevention (AFSP) by helping to support local and national suicide prevention and awareness programs.

“Much more needs to be done to prevent suicide.  Yet, suicide and the underlying mental disorders that can sometimes lead to suicide continue to be surrounded by misinformation and stigma,” said Melissa Harshman, local organizer for the walk.  “This walk is about reducing that stigma, raising awareness and raising needed funds for research and local prevention programs.”

The Manassas community walk will begin at the Harris Pavilion in Old Town Manassas at 9:00AM and end in the same location at approximately 11:00AM.

According to AFSP, close to 700,000 people will make a suicide attempt requiring medical care and more than 38,000 will die by suicide in the U.S. every year.

“Despite the troubling statistics, an important goal of the walk is to stress that suicide can be prevented. The walk is also a call to action that more must be done to prevent suicide, nationally and in communities across the country,” said Robert Gebbia, executive director for the foundation.

“We know that the best way to prevent suicide is through the early recognition and treatment of the mental disorders that can contribute to suicide. Unfortunately, stigma about disorders such as depression, bipolar illness, and alcohol and substance abuse, keeps people from getting the treatment they need.  The Overnight is about eliminating that stigma.  It’s about bringing hope to those who have been affected by suicide,” he continued.

About the American Foundation for Suicide Prevention:

The American Foundation for Suicide Prevention is the leading national not-for-profit organization exclusively dedicated to understanding and preventing suicide through research, education and advocacy as well as to reaching out to people with mental disorders and those impacted by suicide.  For more information please visit www.afsp.org.

To learn more about Melissa and her motivation for supporting “Out of the Darkness” read Mother and Daughter Walk Out of Darkness.