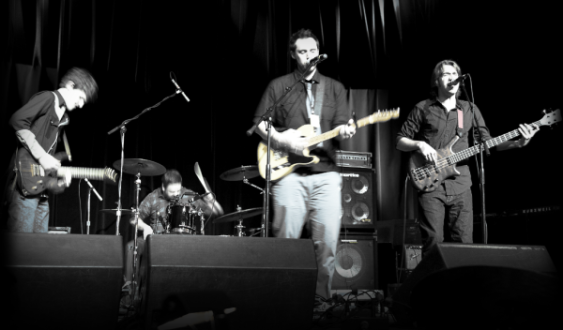 The success of a musical group is often judged by more than just the quality of its repertoire or the talent of its members. Defining characteristics of musical acts that have made it big are passion, ambition and cohesiveness within the group. Local rock band westmain embodies these.

The group has never missed a show for anything less than a special event or an emergency, members said, and the quartet shares a home. It doesn’t get much more cohesive than that.

The origins of the band members dot the Northern Virginia geography. Guitarist and songwriter Tommy Rothman, 27, is from Manassas. Lead guitarist Paul Davis, 25, and bassist Seth Morrissey, 26, are from Middletown in the Shenandoah Valley. Drummer Ed Zigo, 28, hails from Fairfax.

Morrissey and Davis both have rich backgrounds in genres such as jazz, funk and country. Morrissey attended Berklee College of Music in Boston and Davis studied music at Radford University in Radford, Va.

Rothman has a less formal history with music. “Music was never really a big part of my life growing up. It was more sports for me,” he said, adding that in school he was dedicated to playing baseball. However, after high school, he “went in the complete other direction,” he said. He taught himself to play the guitar and started writing songs.

Also a self-taught musician, Zigo said that music originally appealed to him in the same way that a game would appeal to a child. The stories behind the music fascinated him, and he forged a path to create his own, he said.

The group got its start in 2007 when Davis and Rothman met while both attending Radford University. “Paul approached me once at an acoustic show I played,” Rothman said. “He said he wanted to play bass for me. … I’d find out later that he didn’t actually play bass, but he managed to get away with it.”

During Rothman’s junior year, he met Zigo at a solo gig in a Fairfax pub, and the duo brought Zigo on board as their drummer. The current lineup solidified in 2009 when Morrissey joined the group on bass. The quartet settled on the name “westmain” and then set out to make the band’s name and music known. Its first few years, the group performed only locally throughout the Washington, D.C., metropolitan area, Zigo said. The band eventually began playing at venues across the country.

The group’s music can be described as accessible pop rock, but there are notable splashes of blues and funk influences as well. The strong dose of pop-driven melodies thumping over hard rock reflects the varied musical experience of the band members. “You really start from nothing,” said Morrissey. “But you hear these different things you want to do and that you’ve never heard before, and that’s what keeps me going.”

Before crowdsourcing and public financing via sites such as Kickstarter became more mainstream, the group decided to save its gig 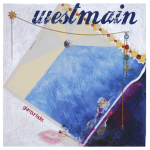 money until it had enough to record an album, focusing on live shows versus recording, Zigo said.

On having to muscle through five-hour performances in various bars and other establishments, Davis said, “It’s very humbling, for sure. These people aren’t really there to see you.”

“We really had to earn every bit of applause from those crowds,” added an enthusiastic Zigo with a laugh.

After three years of saving, westmain released its debut album, “Glamour Fades,” in 2012. “One of the things we’ve always been able to pride ourselves on is that we financed this album entirely by playing shows,” said Zigo. “That’s why it took so long to make. We went out, and we played.”

In July, westmain performed at the Tally Ho Theatre in Leesburg. The show pitted the Northern Virginia group in a showdown with Holly Would, a band from Southern Virginia. Westmain members refer to the event as a defining moment for their band. “We pretty much stole the show, it felt,” said Rothman. “There were a ton of people there, and everything just went right. It felt like a real, professional show.”

The band is building a loyal following. Their songs have been played at special events such as weddings, and one dedicated fan went so far as to reschedule surgery to see westmain perform, said Zigo. One of their biggest honors, he said, was when the band was asked to donate their music to a campaign video for The Truth 365, an organization dedicated to raising awareness of the need to fund pediatric cancer research.

“It’s obviously not something you’re thinking about when you write the song, but it just shows how it can affect people in different ways,” added Rothman.

Following westmain’s success so far, Zigo said the band is only getting started. “Our goal for 2014 is to make our livings being full-time musicians,” he said. “We love playing music together. We love hanging out together. We live together. We’d be totally nuts not to take it to the next level.”

Westmain will be back at the Tally Ho Theatre on Dec. 7 when the group will open for the band Fastball. Doors open at 7 p.m., and the show starts at 8 p.m. To learn more about westmain and to see a calendar of its upcoming shows, visit westmainmusic.com.

Jesse Harman is a student at George Mason University where he is studying sociology with a goal to become a documentary ﬁlmmaker. He lives with his family in Woodbridge and can be reached at jharman@princewilliamliving.com.