More women are getting into the game of playing golf. The National Golf Foundation reports that women golfers are the fastest growth segment of new golfers. 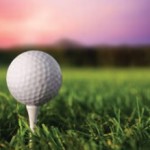 Historically this has been a male-dominated sport, but the ball is quickly turning. With the abundance of world-class and signature-designed courses in the Prince William region, there are many local opportunities for women to join their male counterparts. Golf is opening doors for women in business, health and social aspects.

Although the number of women golfers has exploded over the past few decades, it’s still not where it could be. According to Nancy Berkley, president of Berkley Golf Consulting, female golfers aged 6 and older represent only 22 percent of golfers  in the U.S.

The staﬀ at Virginia Oaks Golf Club in Gainesville is one of the many courses in the area realizing the need to create initiatives to bring more women to the golf course to learn and enjoy the game. Strategic programming is essential, even though the reasons why women are attracted to the sport are only slightly diﬀerent than the reasons men are.

Difference between Men and Women Golfers: It’s All in How the Game’s Perceived

“Men are playing for the challenge, for business and they play for exercise,” according to Virginia Oaks General Manager Tom Miller. Golf is a challenging sport to master, taking patience and concentration, he said. It is also a popular pastime among business people. Many corporate deals have been hashed out during the course of 18 holes. Additionally, golf is a low-impact activity with minimal risk of injury.

These reasons are also important to women. However, they often look through a diﬀerent set of lenses. Yes, women also like the challenge, but they are more likely to think of golf as a conﬁdence builder, Miller said. Many women feel they have something to prove when they set foot on the course.

When Debra Lee of Woodbridge began golﬁng a year ago, there was so much to overcome, she said. Lee explained that she was fearful of looking less than graceful, concerned about what her peers would think and didn’t have any conﬁdence in her abilities. She was determined, however, to learn the concept, excel and become a competent player. Lee said that self-doubt can lead to an intimidation factor, causing some women to not take up golﬁng in the ﬁrst place.

However, more special interest programming and initiatives geared towards women are being developed all the time to remove the apprehensions they may have about learning to play. With an increase of women breaking through more glass ceilings in corporate America and sitting at the head of more boardroom tables, there’s no reason why women shouldn’t be closing  multiple deals on the greens as well.

As for exercise, without a golf cart and caddie this sport is on the top of the list for calorie burning and staying in shape.

Miller said his staﬀ is working on changing the perception that golf is only for men. He wants to emphasize that golf is “not only addicting, but it’s fun and relaxing,” he said.

While clubhouses have realized that women are taking an increased interest in the sport and are actively accommodating them, they haven’t always been receptive to the changing trends. Recent years have shown a positive progression, however, as clubhouse staﬀ have learned to market diﬀerently to men and women.

For example, Virginia Oaks has an assortment of women’s apparel to select from in its pro shop and has even gone a step farther in its eﬀorts to cater to women. Recently the club partnered with TaylorMade-adidas Golf, the largest and most proﬁtable golf equipment, apparel and footwear company in the world, to present a golf apparel fashion show which showcased the latest trends and styles. Attendees also received a discount on pro shop purchases.

Online retailers are also getting into the mix. Birdie-Tree.com oﬀers an extensive assortment of golﬁng apparel for woman. It’s a wonderful resource to locate matching hats, gloves and shoes, according to golfer Janis White of Woodbridge. “So even if  you’re having a bad day on the golf course, at least you look good,” she said.

Clubhouses Are Getting Creative in Attracting Women to the Sport 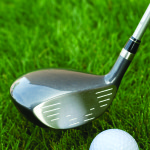 Miller pointed out other non-traditional activities geared towards getting more women through the door, such as Virginia Oaks’ monthly bingo and comedy nights. Another popular event at the club is “Nine & Wine” in April, geared towards women who enjoy a little wine with their golf game. Typically 50 to 80 participants sign up for this 9-hole and wine-tasting event, where there is a wine scorecard rating at every other hole, Miller said.

Virginia Oaks is among the courses in Prince William also taking part in “Golf Fore Women™,” a nationwide initiative adapted from the Professional Golfers’ Association (PGA) of America “Golf Get Ready.” The program exposes women to the game basics in ﬁve lessons and is designed to spark their interest to try the sport at a relatively low cost.

The clubhouses oﬀer these ﬁve lessons as part of the program:

Certiﬁed golﬁng professionals coach the lessons, focusing on golﬁng etiquette, the process of renting equipment and removing the intimidation factor to make women feel more comfortable coming out to the courses and playing with conﬁdence. Lessons can be done solo, with family and friends or through an open group session. For those without their own set of clubs, the club will outﬁt them with a set to use during lessons.

Mary Ann Graham of Bristow was part of the winning team at the 2011 Executive Women’s Golf Association (EWGA) Champions Cup. EWGA is a nonproﬁt organization with nearly 20,000 members in more than 120 chapters throughout the U.S. and international chapters in Canada and France. The organization’s mission is to educate, encourage, mentor and empower women in the game.

Graham emphasized the importance of starting with lessons. She recalled feeling less intimidated when she discovered her ﬁrst instructor was a woman. Graham said that she felt that her instructor encouraged her and didn’t have any preconceived notions about her abilities or lack thereof.

Another discovery: “I didn’t realize how competitive I was, until I starting taking lessons and playing golf,” she said.

Making the Game Their Own: Women’s Leagues and Golf Organizations

Most area clubhouses also oﬀer league play for women, with set schedules where they can join a league of their own. “The women’s league experience is a way to connect and network with other women over four hours on a pretty course, doing nothing but concentrating on golf and friends,” said Graham.

Women of all ages and skill levels are typically invited to join the local leagues. Erika Larkin, director of instruction at Stonewall Golf Club at Lake Manassas in Gainesville, recommended the league experience. Larkin believes that the game of golf is 90 percent social and 10 percent playing. Her advice to women  with a desire to take up golf or join a league: “Just relax and enjoy the experience.”

For an even more enriching experience, women may also want to consider joining the EWGA D.C. Metro Chapter (www.ewgadc.org). The D.C. chapter is comprised of women from all over D.C., Maryland and Virginia. Virginia members meet weekly to play and join in travel tournaments, charity golﬁng events and more.

Virginia resident Tiﬀany Faucette is an EWGADC member. A former touring golf pro with the Ladies’ Professional Golfers’ Association and a LPGA Class A professional member, she holds EWGA golf clinics in the area. She developed an interest in the sport as a teenager “out of boredom,” she said.

“Golf is a game for life, so just come join the fun,” Faucette advised women who want to learn to play or join a women’s golf league or association. She encourages all her students to ease into the game at their own pace and feel free to “compete against yourself,” she said.

Another Draw: The Courses Themselves

For women who do take up the sport, one perk to golﬁng is being outdoors on beautifully designed courses. Prince William has 18 courses to choose from, all oﬀering something unique. Each course has its own personality, character and charm.

Donna Wood, an avid player from Haymarket and member at Stonewall, described the scenery, lake, mountains and wildlife sightings at Stonewall and Bull Run Golf Club in Haymarket as a “feast for the eyes.” She often takes her camera along during a day on the course.

Prince William Golf Course is one of Northern Virginia’s most historic and golfer-friendly courses. Built in the 1960s by a group of farmers who traded their tractors for golf carts, the course has an unusual beginning that sets it apart from other golf properties in Northern Virginia.

A substantial 85 percent of the course’s fairways are wide open and generous, making it an easy walk or cart ride. This is in vast contrast to the classically traditional tree-lined and hilly courses found in this region.

Heritage Hunt Golf & Country Club in Gainesville has a spectacular 18-hole championship layout designed by Arthur Hills, considered one of the top four golf course designers in the world. The course features several dramatic elevation changes going in and around hardwoods and pines and through numerous cascading streams, ponds and natural wetlands.

The newest course in Prince William is slated to open this summer. Potomac Shores Golf Course is a Jack Nicklaus Signature designed 18-hole course overlooking two miles of shoreline along the scenic Potomac River. “Carved through mature hardwoods on a hilly peninsula, the layout oﬀers dramatic vistas, native wetland buﬀers and more than 200 feet of show-stopping elevation changes,” according to the website (www.potomacshores.com/golf/).

Golf as a Travel Activity: Enjoyed All Over the World

For women who golf, the world is your forward tee. Tourist Worldwide ranks golf highest in the tourism industry as a favorite vacation pastime. Golf has taken up residence at many vacation destinations.

In Virginia, the question isn’t whether to take your next golf vacation here, but where in Virginia you should go, according to www.virginia.org. Virginia boasts some of the country’s best designed courses. For women venturing outside the commonwealth, visit www.golfworldmap.com for locations.

There are endless possibilities worldwide to incorporate golf into your next trip.

“Golf is a lifetime sport,” said seasoned golfer Teresa Carl, who’s been golﬁng more than 50 years, since the age of ﬁve. She encourages women to try golf if they like to be outdoors and enjoy being with fun people. Her parents both loved golf and introduced her to the sport, she said. “Golﬁng with your spouse and friends really is an incredible way to build stronger relationships and friendships,” Carl said.

Lisa Collins-Haynes lives in Woodbridge with her husband and daughter and is a freelance entertainment and travel writer and self-professed out-of-control travel spirit (OCTS). She invites everyone to follow her travel blog at www.octsblogger.wordpress.com. She can be reached  at  lhaynes@princewilliamliving.com.