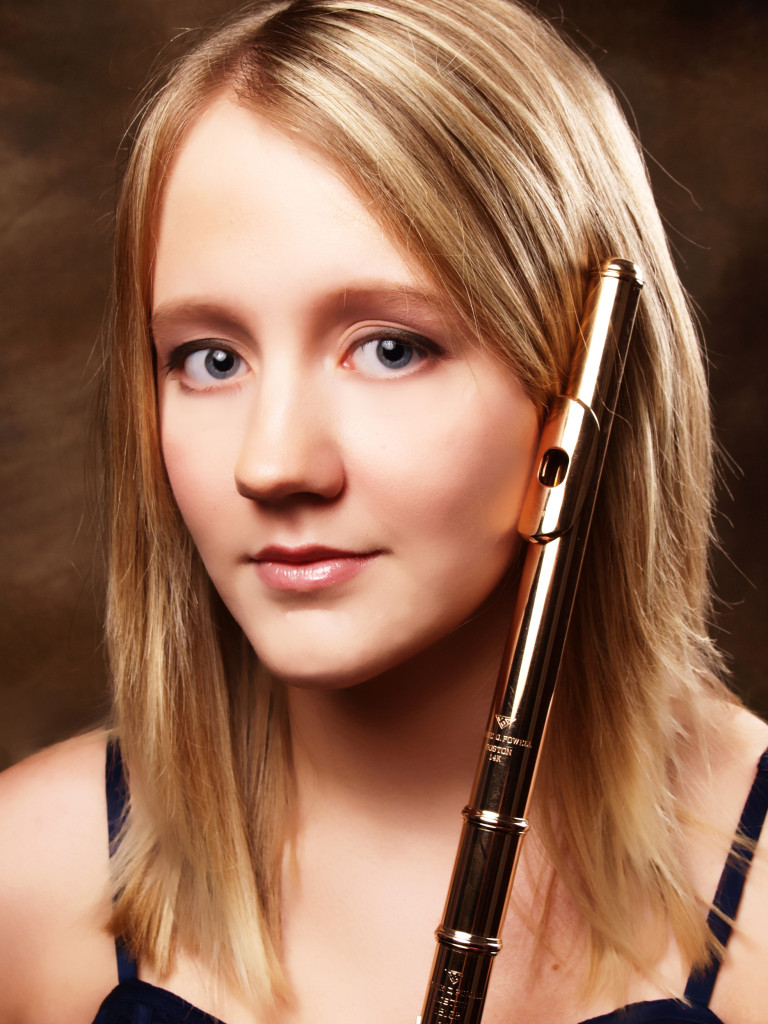 The Woodbridge Flute Choir (WFC), directed by Debbie Gilbert and assisted by Lisa Sheldone, will present its annual Holiday Concert on Saturday, December 12, 2015 at 3:00PM at Greenwich Presbyterian Church in Nokesville, VA.

The concert will feature 15 year old Emma Resmini as flute soloist with the choir in Russell Nadel’s new piece Balkan Dances.  Emma gave the World Premiere of this piece with the Woodbridge Flute Choir at the 2015 National Flute Association Convention this past August.  Emma is a sophomore attending the Curtis Institute of Music.

The choir will also perform a selection of family-friendly holiday works, including March of the Toys and Toyland, selections from Tchaikovsky’sNutcracker Suite, Pat-a-Pan, Away in a Manger, and more.

The concert will benefit “Farthest Corners,” a non-profit organization based in Nokesville and Thailand that provides humanitarian, medical, spiritual and educational assistance to the displaced people of Burma.  Admission to the concert is free but a free-will offering will be taken for Farthest Corners to purchase medical kits, rice and other necessary items for refugees along the Thailand/Burma border.

The Woodbridge Flute Choir, directed by Debbie Gilbert and assisted by Lisa Sheldone, has 25 members who play flute, piccolo, alto flute, bass flute and contrabass flute.  Since its inception in 1996, the WFC has presented a regular concert series in Northern Virginia and has performed at charitable and gala events, Flute Society of Washington events, and flute choir festivals. The Choir has performed at the Kennedy Center and the White House, and most recently was invited to perform at the 2011 and 2013 National Flute Association Conventions. As part of its mission to educate its members and the Washington area flute community, the Choir has sponsored masterclasses and performed with internationally acclaimed flutists such as Per Oien, John Barcellona, Tadeu Coelho, Chris Potter, Alexa Still, Thomas Robertello, Aaron Goldman, and piccolo soloist Nan Raphael. In recognition of the need for new music written specifically for flute choir, the WFC has commissioned and presented world premieres of original works by Gretchen Morse, Nancy Wood, Lee Larsen, Mel Lauf, Jonathan Cohen, Alexandra Molnar-Suhajda, Russell Nadel, and Greg Lutz.  The group has produced four commercial CDs –Butterfly, Woodbridge Suite, Passages and A Silver Christmas. All are available for download either on CD Baby, iTunes, or through amazon.com. For more information about the choir, its upcoming concerts and its recordings, please visit www.woodbridgeflutechoir.org.

Debbie Gilbert, the artistic director, resides in Broad Run, Virginia near Warrenton and holds a B.M.E. from Louisiana State University. She has taught private flute lessons to youth and adults for over 25 years. She is currently the principal flutist with the Piedmont Symphony Orchestra and a seven-time winner in the National Flute Association’s annual Professional Flute Choir Competition and this past year directed the National Flute Association’s High School Flute Choir. Currently she serves as president of the board of directors of the Flute Society of Washington.