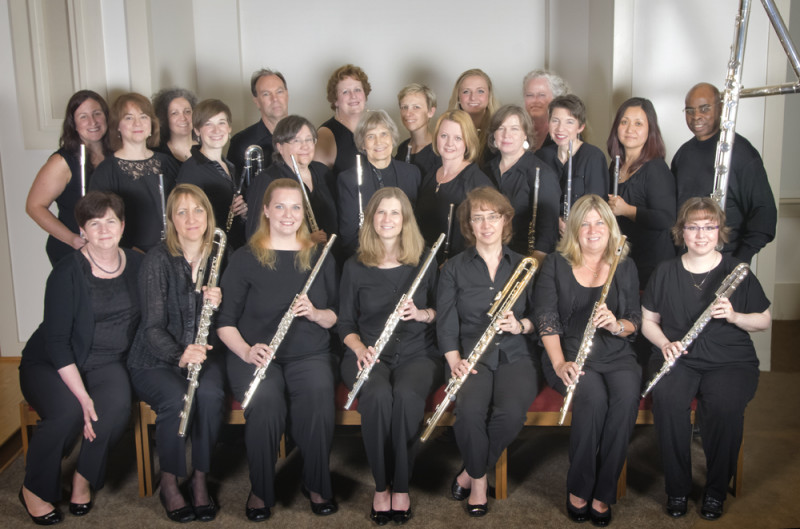 The Woodbridge Flute Choir (WFC), a 25-member ensemble that performs on flutes of all sizes from piccolo to contrabass flute, has been selected to perform at the 2013 National Flute Association Convention which will take place at the Marriott Hotel in New Orleans, Louisiana from August 8-11, 2013. The group, directed by Debbie Gilbert, will perform on Friday, August 9 at 12:15PM in Salon D. Tickets for the general public to attend this performance are available for $15 at the convention registration station.

The WFC will present a program honoring the music of New Orleans, featuring the world premiere of a new piece by Greg Lutz commissioned by the group for this convention called A Couple of Scenes from New Orleans. This piece depicts life in the city, with movements such as “A Busy Day in the Vieux Carré,” “The City That Care Forgot,” and “Stroll Your Feet Down Bourbon Street.” They will also perform a tango-styled piece by Pascal Proust, Naranjada, and a New Orleans style “second line” piece called Pontchartrain in the tradition of brass band parades.

The Woodbridge Flute Choir, directed by Debbie Gilbert and assisted by Lisa Sheldone, was founded in 1996 as an outlet and learning experience for volunteer adult flutists. The WFC has performed in a wide variety of concert series and events in the Washington, DC, metro area. It has also performed in renowned venues including the Kennedy Center and the White House, and at the 2011 National Flute Association Convention in Charlotte, North Carolina. The group has created three commercial CDs and is currently working on its fourth, and has commissioned a number of world premieres from various composers. The Woodbridge Flute Choir has 25 members who play flute, piccolo, alto flute, bass flute and contrabass flute.

Debbie Gilbert, the artistic director, resides in Broad Run, Virginia near Warrenton and holds a B.M.E. from Louisiana State University. She has taught private flute lessons to youth and adults for over 25 years and directed the high school flute choirs in Fauquier County, Virginia for 25 years. This year she was a winner in the National Flute Association’s Professional Flute Choir Competition and will perform with that group at the convention on Sunday, August 11, 2013. She is the principal flutist with the Piedmont Symphony Orchestra, president of the board of directors of the Flute Society of Washington and directs the adult handbell choir at Greenwich Presbyterian Church.

More information about the Woodbridge Flute Choir, its 2013-2014 season, and its upcoming commercial cd recording project may be found at www.woodbridgeflutechoir.org.