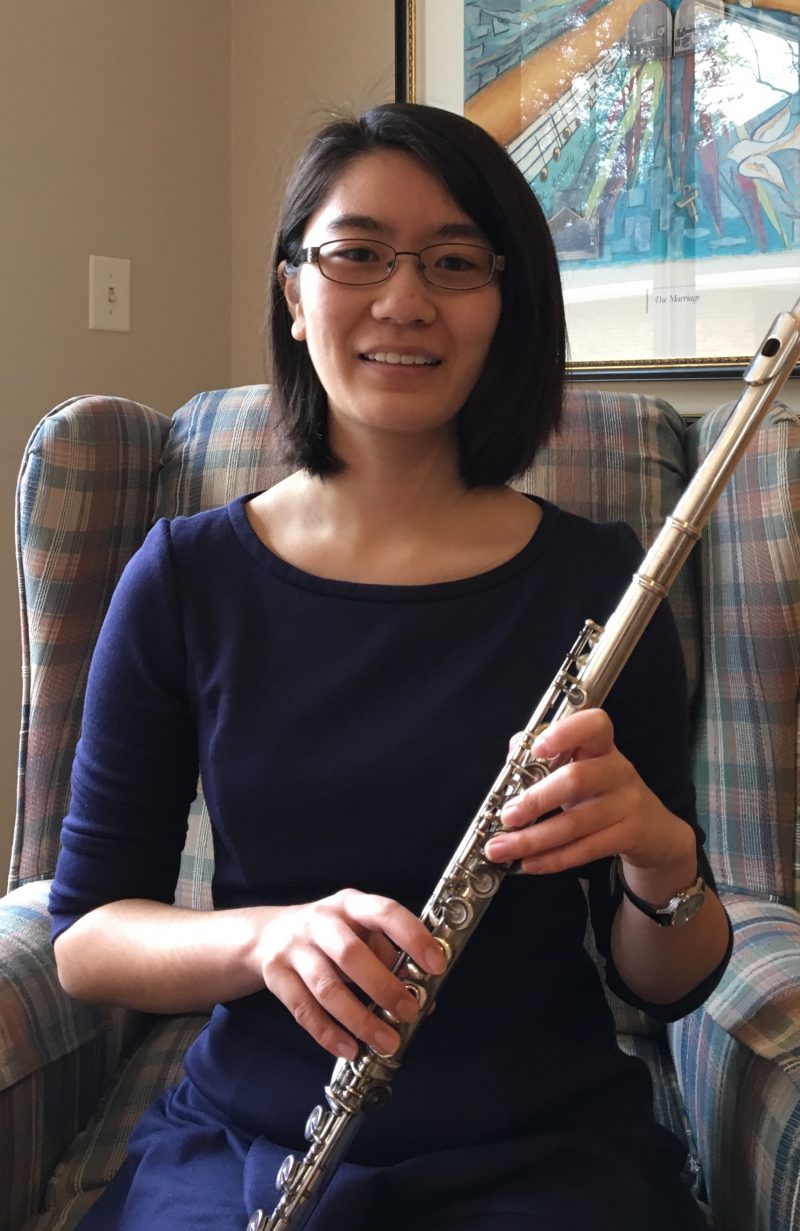 Stephanie Qie will perform with the Woodbridge Flute Choir

The Woodbridge Flute Choir (WFC), directed by Debbie Gilbert and assisted by Lisa Sheldone, will feature its ninth annual Concerto Scholarship winner Stephanie Qie on Sunday, March 12, 2017 at 3:00 p. m. at the Greenwich Presbyterian Church in Nokesville.  Admission is free.

Stephanie is an 11th grader at Thomas S. Wootton High School and studies with Donna Dymond. She will receive a scholarship award of $500 which she plans to use to support her music studies in college, and will perform Fantasie by George Hüe accompanied by the Woodbridge Flute Choir.  Stephanie performs in Potomac Valley Youth Orchestra’s Philharmonia and enjoys drawing, reading and programming in addition to her musical endeavors.

The concert will also include several original pieces for flute choir.  Juba, by Valerie Coleman, is a tone poem about the Juba River that flows throughout Somalia but it also gives homage to a style of hand clapping, leg-slapping rhythmic word dance found in the origins of both African-American and West  African cultures. The choir will also celebrate New Orleans brass band music with Dance of the Sagin’ Cajun by David F. Wilborn.  Audience members will also hear Look Out Below by Peter Senchuk which features the alto, bass and contrabass flutes and Railroaded by Nicole Chamberlain.  Four Scottish Airs for Four Scots by Kathleen Mayne is actually about four Scottish terrier dogs. The concert will start off with Fanfare pour précéde “La péri” by Paul Dukas and arranged for flute choir by Martin Melicharek.