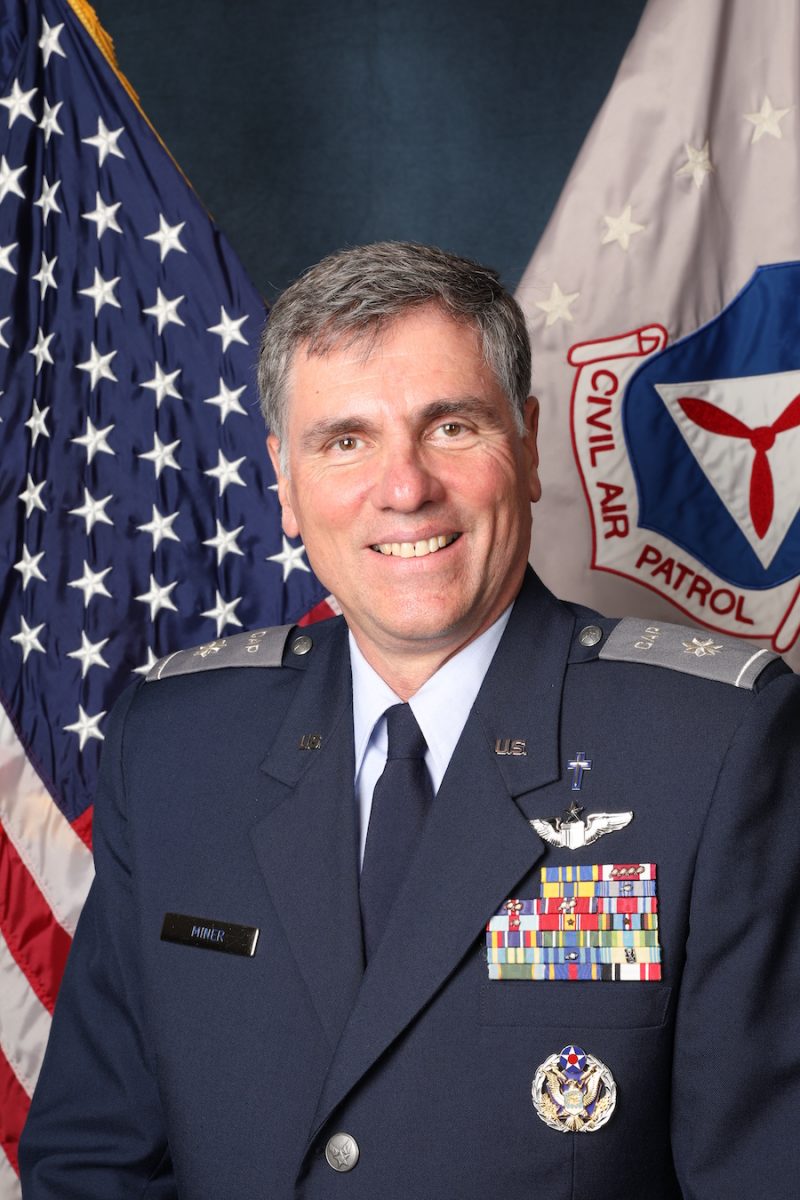 Chaplain Miner serves as the Wing Chaplain for CAP in Virginia.  He is responsible to the commander for providing religious and spiritual support to over 2,000 adults and middle and high school-aged cadets that serve their communities.  He oversees a team of chaplains and adult mentors who provide monthly programs that mold the youth in the organization towards living lives based on the core values of integrity, volunteer service, excellence, and respect, as well as other topics that shape the nation’s future leaders.  The senior chaplain award recognizes Chaplain Miner’s own excellence as a leader of these chaplain programs in Virginia, and nationally.

Chaplain Miner started as a chaplain in the Prince William Composite Squadron of Manassas in October 2014 with an additional duty of assisting the national Chief of Chaplains with reaching the youth through online presence and social media. In May 2016, he was appointed the Wing Chaplain and has since recruited chaplains and Character Development Instructors, streamlining the application process and approval time, to support members throughout the state of Virginia.

Chaplain Miner started an extensive and robust encampment program of religious observances that supports many different faiths. Encampment is an annual week-long youth leadership-focused training camp. He coordinated with different religious bodies to identify the needs of cadets and their faith’s obligations during the encampment period.  He made each cadet’s faith a source of resilience as well as support accommodations for participants as needed.

He created a character essay award program that supports character development and cadet programs. He also established the Chaplain Robert P. Taylor prize to recognize members of the Virginia Wing who demonstrated compassionate selfless service to another CAP member.  Chaplain Taylor was a WWII hero and the third Chief of Chaplains of the United States Air Force (USAF).  Taylor’s family still resides in Virginia and gladly gave permission for the award.

Chaplain Miner, a retired USAF officer, also augments the military chaplain program at Quantico Marine Corps Base under an Air Force-assigned mission.  He is the only CAP chaplain augmenting the U.S. Space Force’s chaplain corps personnel. At the national level, he was instrumental in creating an upcoming agreement with the Veterans Administration for CAP chaplains to support funerals at the nation’s national cemeteries.

He uses his extensive aviation experience to also serve as a crewmember for the nation’s largest fleets of Cessna and small drone aircraft maintained by CAP for emergency services and aerospace education.

Colonel Liz Sydow, the Virginia Wing commander, said, “Chaplain Miner is a true blessing and has fundamentally changed the role of chaplain. This award is well deserved and brings great credit to himself, his community, state, and nation.”