The Washington, D.C. metropolitan region is home to many historic sites, and there are numerous sites in the Virginia suburbs.  Before Washington was a city, Northern Virginia was the site of many plantations, a number of which have been preserved in spite of the growing development. Two of the best-known are Mount Vernon, the home of George Washington, and Gunston Hall, the home of George Mason.

Then there’s Woodlawn plantation. which is on the route between the two mansions.  The land was part of the Mount Vernon estate.  George Washington gave the land to Nelly Parke Custis, his step-granddaughter, as a wedding gift.  The home was built mainly with slave labor, and it became their family home and plantation.  Her family lived on the plantation until 1846, when it was bought by Quakers who used the timber from the land.  They also sold lots to free Blacks, as they demonstrated in a bold statement that with the land owned by the freed Blacks and with reform of the agriculture, freed Blacks could be part of the middle class in the southern states and not as slaves.  In 1949, the mansion was opened as a museum, and it became part of the National Trust for Historic Preservation.

As you visit Woodlawn, you must also visit the Pope-Leighey House.  Originally built in Falls Church, the home was moved to this property to save it from demolition. The home was designed by Frank Lloyd Wright, who designed many great homes throughout the United States like Fallingwater and Kentucky Knob.  The home was to be demolished to make way for I-66. 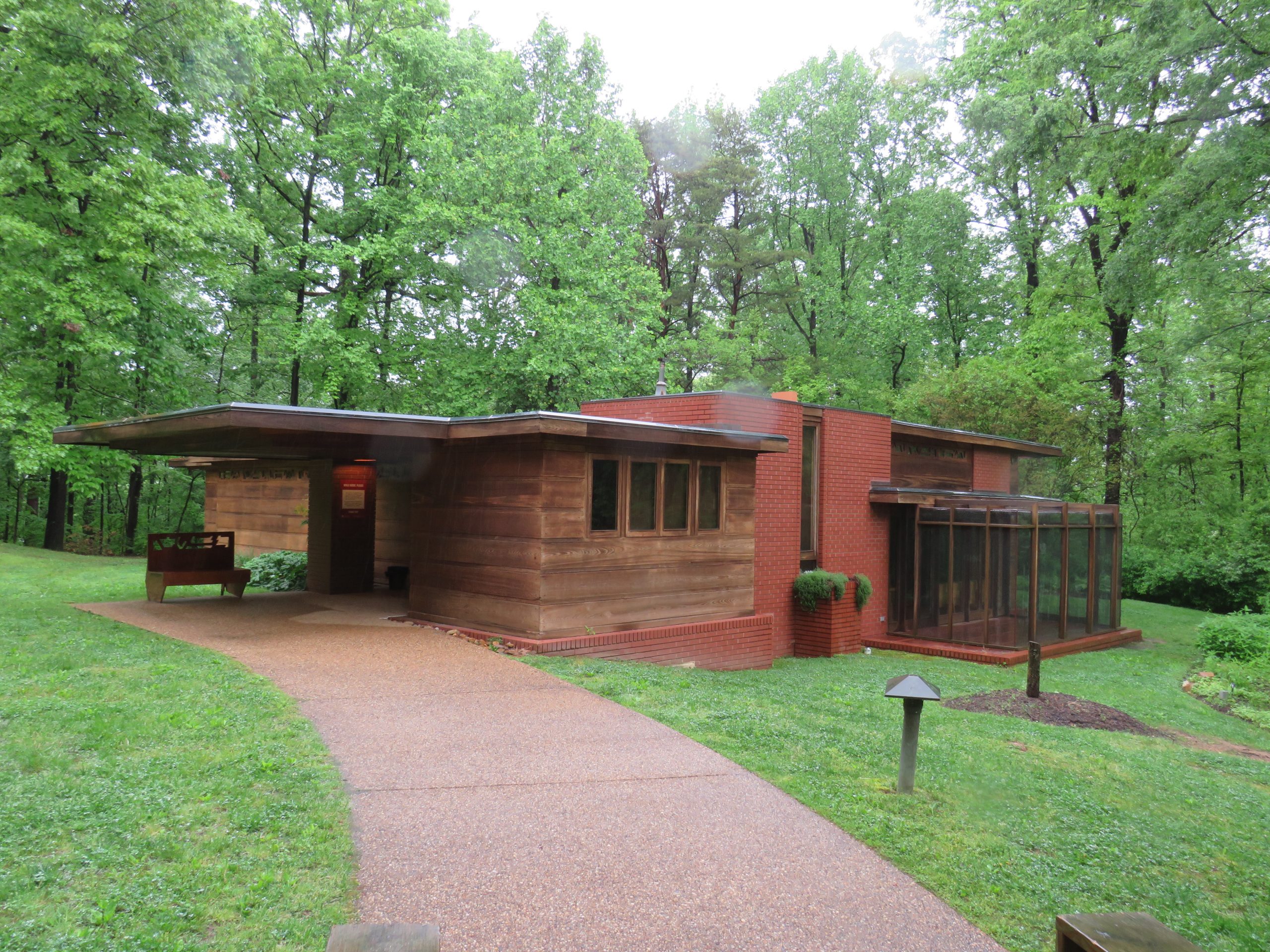 Although Frank Lloyd Wright designed other houses in the Washington, D.C. region, this is the only house open for public tours.

The Woodlawn Mansion and Pope-Leighey House are located at 9000 Richmond Highway (U.S. Route 1) in Alexandria, just north of Fort Belvoir.  Tours are available from mid-April through mid-December Friday to Monday.  Neither the Woodlawn Mansion nor the Pope-Leighey House are wheelchair accessible.  You can read get more information and read more into the history of the two houses at woodlawnpopeleighey.org/.

Northern Virginia is a place of much history.  Woodlawn and the Pope-Leighey House are a part of that history, the history of Mount Vernon and George Washington.  It is a rare glimpse of old and modern history, where you can see two architectural wonders.