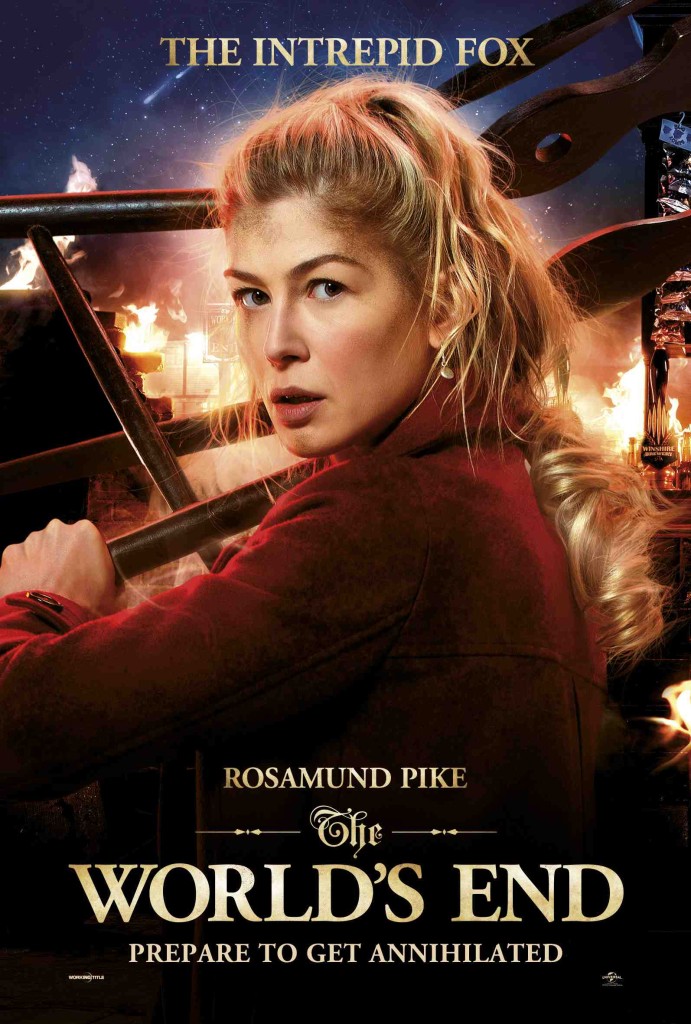 “The World’s End” is closer than you think, and we can thank filmmakers Edgar Wright (Scott Pilgrim vs. The World) and Simon Pegg (Paul) for that.

Five old friends get together to redo their legendary pub crawl from 20 years ago. A great premise for a movie – right? It would be awesome to see the effects of the human condition on each of them after two decades. So, do they really need the bit about the alien robot invasion? I am shocked to say: YES!

I know they still make movies that are not mixed genre, as they do not have aliens or vampires. I also know without these demons in the mix the same movie will get released into three theaters and nobody will see it because it does not have a $30 million ad campaign. As long as they don’t throw zombies into “Pride and Prejudice” I will be okay.

Gary (Pegg) is the leader of the group and the one who has not settled down at all. He begs and tricks his friends into traveling to the old town for this drunken crusade. He is the only one still holding onto that fateful night, and their failure at coming up three short of the total 12 pubs. What’s great is that each of the other four has something he is holding onto as well but will not admit to. Throughout all the mayhem, we get to know these guys, their weaknesses and the kind of psychosis that keeps this lot together. It reminds me of another group of characters who have trouble with hangovers, except these British guys are really funny.

There are some deep issues explored in this movie, like institutional conformity, the purpose and imperfection of a human life, and something called a “marmalade sandwich,” which I can’t wait to try. I am even thinking of redoing my famous pub crawl from 1979 with my buddies in Toledo, Ohio, that ended at Brenda’s Body Shop (a real event and a real place).

I know this all is presented as silly mindless comedy, and it is, but this movie takes the mixed genre to the next level. We see how the real invasion will happen, in a “body snatcher” style of kindness the Third Reich did not have. And note to Hollywood – this is how you take something familiar and make an original movie, with laughs and well-drawn characters that are thoughtful and entertaining.

This movie reminds us that the world could end at any moment – and that’s why I am giving it 4 out of 5 stars. This could be your last day on Earth, so you should get together with a friend, have a pint and see this movie.

Here is a link to his movie review site: http://bashmovies.wordpress.com/